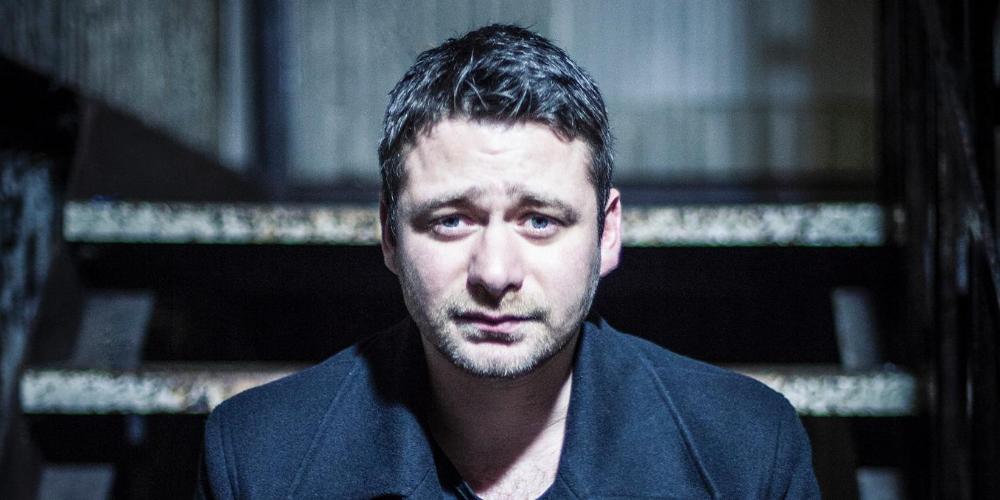 The venue was wee, intimate and stylishly dingy. It was my first time in Glasgow's King Tut's and I instantly liked it. The crowd were loosely scattered from bar to stage, creating a chorus of chatter to precede the music. The pre-performance anticipation was palpable; I wondered how nervous the musicians were.

This was no ordinary Friday night gig for the eight acts on the line-up. They would be performing with with their hearts in the music and their eyes on a prize. CalMac Ferries was offering these aspirational musicians a very special ticket, and much more than just a ticket to set sail on one of their vessels.

The annual Calmac Culture Music competition offers singers/songwriters and bands the opportunity to showcase their talents to be in with a chance of winning a spotlight at one of Scotland's summer music festivals. The musicians were asked to submit a video on YouTube, where they would be shortlisted based on their talent and the video's popularity online.

The lucky winners will climb aboard the stage at one of the these amazing festivals:

Having danced the conga through the crowd at HebCelt last year, I can only imagine the buzz of performing live to a audience of energetic festival revelers. Us Scots absolutely love a tune, and we definitely know how to party!

This campaign really shows off CalMac's commitment to engaging in Scottish culture. We all know about the famous meal times on the ferries, serving a host of CalMac specialities and proudly offering produce from the islands which the ferries visit. I'm also a huge supporter of their single malt selection, and the most generous 'Malt of the Month'.

The journeys themselves are an integral part of Scottish culture, connecting people with places, and facilitating the exploration of some of the country's most beautiful and remote islands. The CalMac brand is iconic, and holds different meaning to different people. For some the ferries are a practical necessity, while others instantly associate the ferries with holidays and adventure. For the music finalists, CalMac meant an opportunity to share their talent with a wide audience at an amazing event, in the hopes of progressing their career.

The finalists performed to an attentive crowd, some receiving enthusiastic shouts of encouragement from their friends/fans who had come to support them. The music ranged from simple acoustic sets with raspy male vocals, to full-on fabulous folk tunes. Each act brought something completely contrasting to the one before, with a mixture of genres which pay tribute to the diversity of music and immense talent in Scotland. They were all fantastic in their own right, but who really stood out?

During the band's first song I was instantly mesmerised by Kerrie's beautiful voice, and soon became lost in her haunting vocals and the accompanying melodies. Sliding into the opposite end of the sound spectrum, the second song was an uplifting, toe-tapping number with some furious fiddling and quick Gaelic vocals. Such sounds infuse you with an instant dose of cheer and patriotism; their music is definitely good for the Scottish soul!

These guys make a statement from the moment they are visible, due to some thoughtful vintage styling and impressive heads of hair. Looking like they are from another time, or indeed another place, these guys have a strong visual identity, and one which is transferred straight into their music. They have already toured the Scottish isles and would have no trouble owning the stage at a festival. They smashed the performance and weren't an act you could quickly forget.

Bella and the Bear

These guys should first of all win a prize for having the cutest name, and for being an equally cute pair. As soon as the talented duo's sweet sounds echoed through the room, it was clear that they are not just pretty faces. Lauren and Stuart's voices compliment each other beautifully, and they perform with an unmistakable chemistry. Without giving too much away, there was a wee surprise in their song Little Boat, an unexpected vocal element which wouldn't normally suit a Scottish accent. I loved it! Super talented and quirky, they were the most memorable act of the night for me, and I suspect these guys will go far.

What did the judges think?

There were judges present from each of the participating festivals, and after some deliberation the winners were announced!

Massive congratulations to the acts below who will have their moment to shine this summer.

You can view the winners performances and interviews on the CalMac Culture YouTube channel.