CalMac to Islay, Much More than Whisky Galore 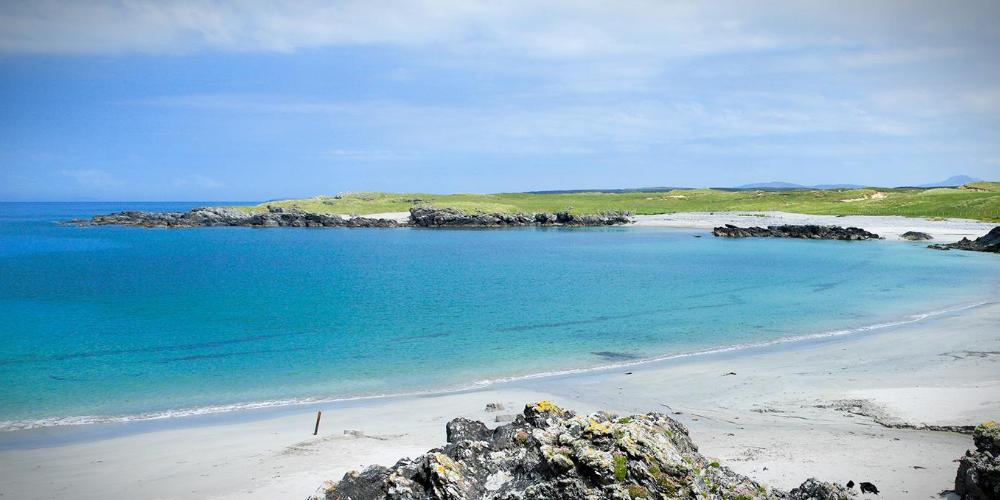 Islay is all about whisky. Right? Wrong. Seriously wrong! Ok, so I'm a big fan of the gorgeously smoky local whiskies and love the fact that this bijou isle packs in no fewer than eight world-class distilleries, but there is so much more to Islay. I've been convinced of this even before I hit the shores of this Inner Hebridean charmer thanks to CalMac...

Even before setting foot on Islay I've been steered away from just thinking about whisky, as I enjoy a fine ale from the superb Islay Ales on board the CalMac ferry. I've also tucked into Scotch Beef and Local Ale pie made with Finlaggan Ale from Islay in the Mariners café.That was washed down, of course with a cheeky wee bit of Islay Tablet courtesy of island producer An Gleann.

The local produce does not end there as they use Islay milk onboard too and if you want to stay cosy you can pick up something suitably stylish from the Islay Woollen Mill. I'm trying before I arrive to learn more about Islay, which is easy as I can pick up books from F Walton, the OA Press and Finlaggan Trust aboard. I get bang up to date too with events on the island as it looms into view by perusing the pages of the local newspaper, Ileach.

I've always been fascinated by Islay's rich history. For centuries the mystical Lords of the Isles ruled whole swathes of the Hebrides from their Islay stronghold. It is to their old base at Finlaggan I head to first. If you've never been here you have to go. It's a deeply dramatic spot. The remains of their stronghold still stand on a wee island in the middle of a loch on a remote moor with epic views. What struck me this time was how little defences they had built. They didn't need to such was their power. 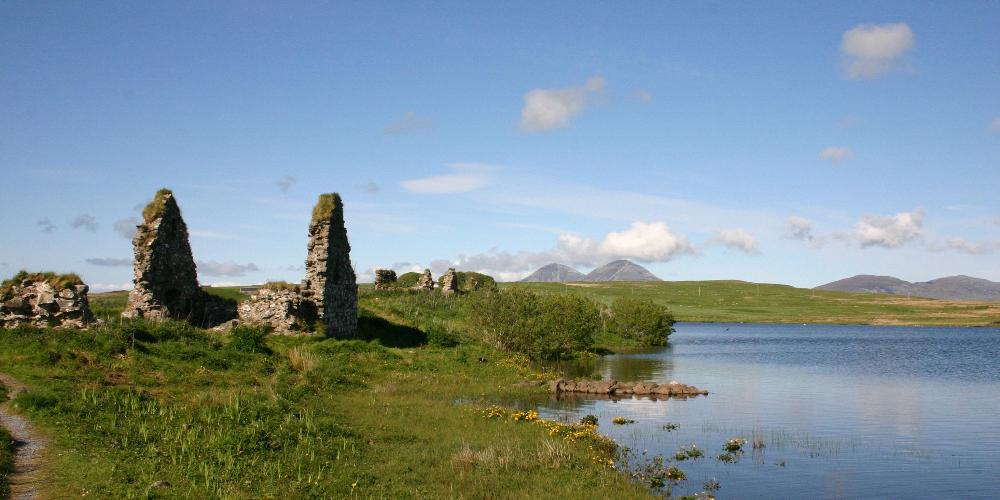 Working my way to all corners of the island over the course of four days I find the scenery as spectacular as the lashings of history. Islay is a vivid collage of rolling hills, sweeping sandstrewn bays and craggy coastline. To the east the shadowy Paps of Jura are never far away, the lofty mountain range that dominates the neighbouring island of Jura. Cast your eyes west and the next landfall is America. 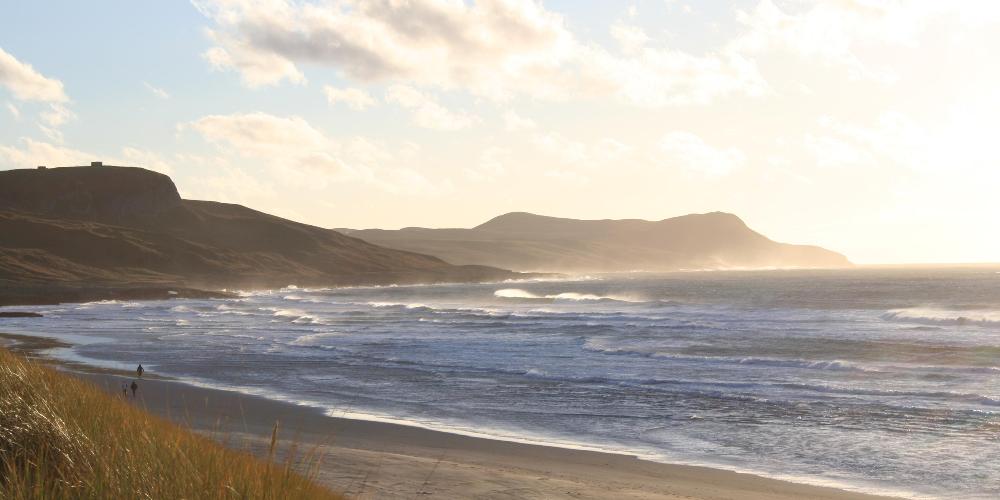 The beaches also blow me away. I head back to my favourite at Machir Bay. For me this is the quintessential Islay beach, a breathtaking expanse of clean, unruffled sand, the kind that many people presume only ever exist in glossy tourist brochures. The beaches on Islay are as stunning as they look in photos, if not more so! 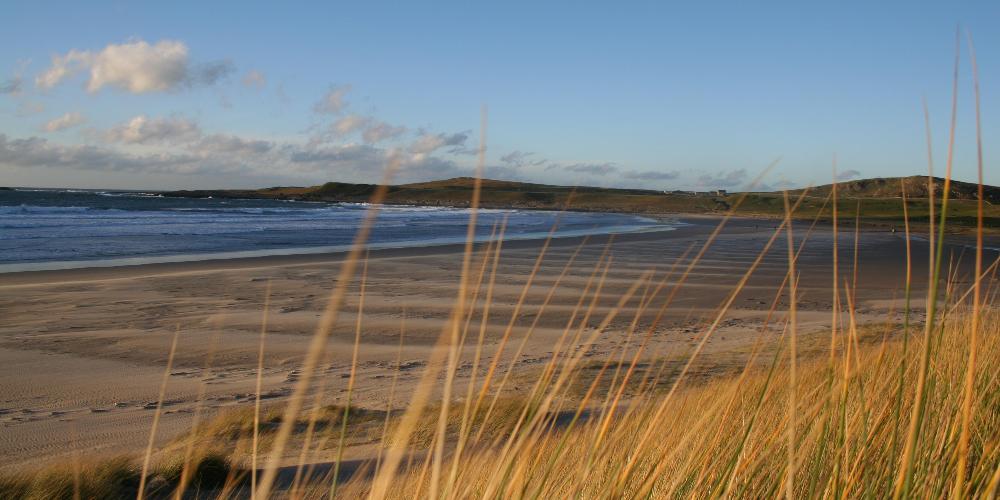 With swathes of ocean all around and good salty air I work up quite an appetite on Islay. Fortunately all that superb local produce I first encountered on the ferry is in bountiful supply across the island, something the locals are celebrating here in this Year of Food and Drink Scotland.

At the Port Charlotte Hotel in the whitewashed village of the same name I tuck into Gruinart oysters, Lagavulin scallops and Portnahaven lobster. Seafood is in rich supply too at the equally impressive Bridgend Hotel and at the Harbour Inn in the island capital of Bowmore. I'm also impressed with the renowned Islay lamb and venison on an island that is becoming a real haven for foodies.

Islay also has lots of interesting wee towns and villages. The island capital of Bowmore is a gem. The most striking building is the Round Church in the main street. Its unusual round design is said to be so that the devil has nowhere to hide! Afterwards I meander down Bowmore's main street and around the small shops that unfurl on the walk back down to the water. Every walk I take on Islay seems to end by the water. 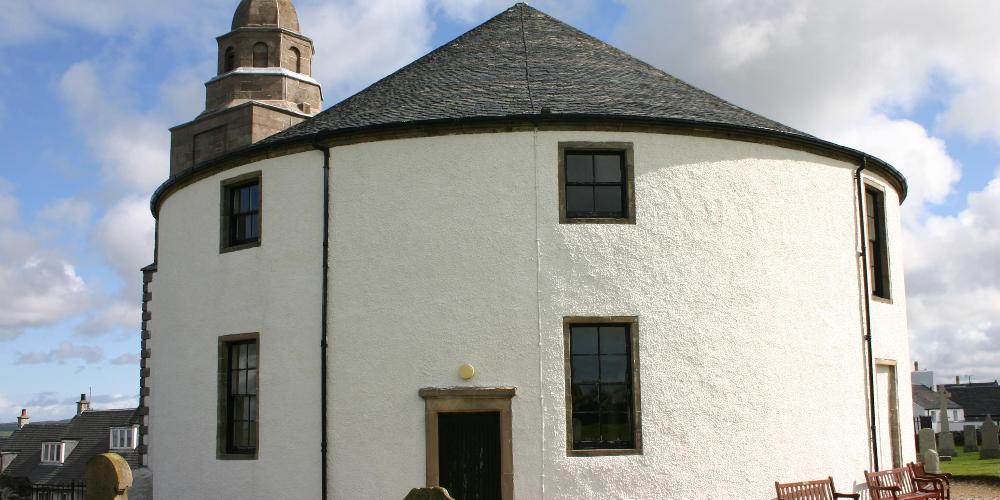 I end my trip on the ferry again smiling back at Islay as it slips away to port. I congratulate myself on not visiting a single whisky distillery on this trip then realise I actually popped into one. It was Bruichladdich, but only because they now produce one of my favourite gins too, The Botanist. It is little experiences like this that more than convince me that there is far more to Islay than its famous whisky. If you don't believe me head to Islay yourself. You may agree with me or just have great fun at all those distilleries trying to prove me wrong! 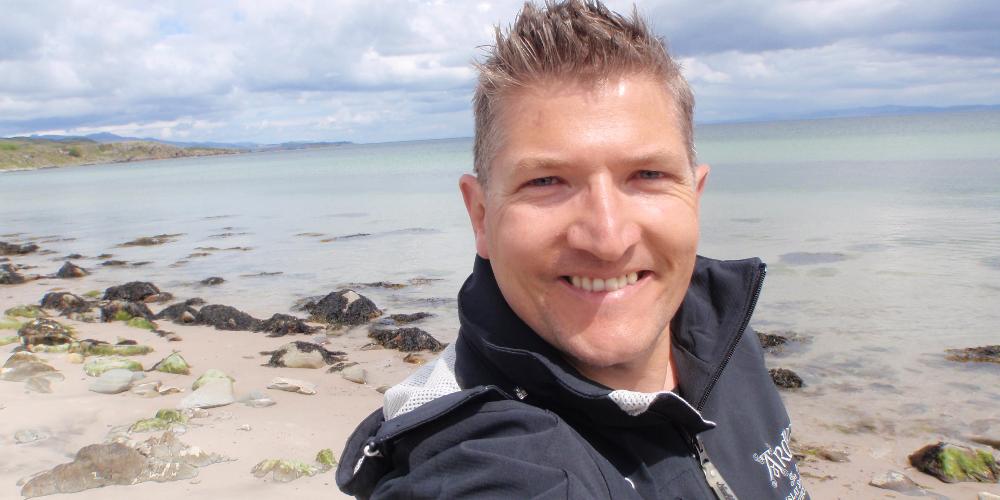 Robin McKelvie  has been travelling on Scottish ferries ever since he was a wee boy and writing about them and the places they serve since he became a travel writer in 1997. Robin has travelled to over 100 countries, but still rates Scotland 'as easily my favourite destination in the world'. These days, as well as penning travel articles for newspapers and magazines across five continents, Robin also writes guidebooks, does a lot of social media and also talks travel for the BBC. He also blogs about Scotland for multiple websites.