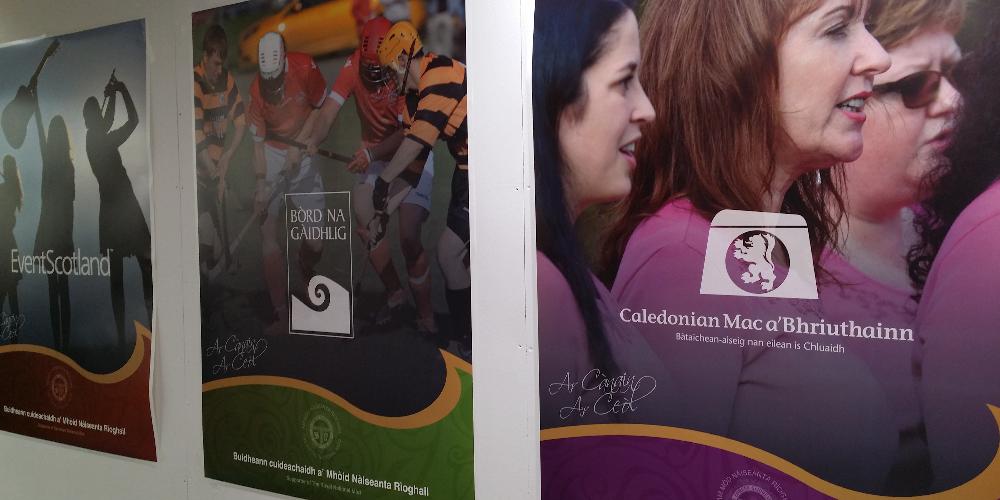 The Corran Halls and other venues are all busy and there isn't a corner of Oban where groups aren't practicing or performing their Gaelic songs.  Wednesday is the day where attention shifts from the children's competition to the adults and more of the choirs arrive in Oban.

One year on, we catch up with Robert Robertson of Skipinnish fame at Royal National Mòd 2015 talking about gigs, ferries and Taylor Swift.

This is Anndra and Maria Monk, brother and sister who won gold medals between them. They live in Glasgow but have a connection to South Uist. Here is a snippet of Maria singing and Anndra reciting his poem.

Janet and Pauline - 1st time visitors to the Mod

Janet Whiteman and Pauline Bruce from Edinburgh have came to the Royal National Mod 2015 to watch their friends competing. They tell us about their #ModJourney, why they love CalMac, their favourite CalMac routes and walking from the isle of Colonsay to Oronsay in low tides.