The week of the Royal National Mòd (Scotland's premier Gaelic festival) is, in my book, the best week of the year. The week after it, however, is not always quite so clever; and, as I struggle to get my wearied mind in gear to write this article, I'm beginning to consider that the whole Mòd thing possibly wasn't such a good idea after all! The national Mòd, you see, is only one week every year. And we Gaels like to make the most of it!

What about the competitions?

Competitions are the foundation of the Mòd. There are competitions for all age groups, and for enthusiasts of all aspects of Gaelic culture: singers, dancers, instrumentalists, readers, and actors. The Mòd is held in a different town every year, and I began competing in singing competitions in 2007 when the Mòd came to my native Lochaber. I was 13 years old, and did not speak a word of Gaelic. I can honestly say that the inclusive nature of the festival changed my life. 6 years later, at the age of 19, I was lucky enough to win the ultimate prize for adults: the An Comunn Gaidhealach Gold Medal in Paisley in 2013. That competition was the most nerve-wracking experience of my life; but to win (and consequently see my name on trophies alongside greats of the tradition like Calum Kennedy and Alasdair Gillies) was a massive honour.

This year, the Mòd was in Oban - where it first began in 1891. I wasn't competing solo at all; but it was lovely to have success with the Lochaber Gaelic Choir. With the choir not even one year old, this being our first national Mòd, none of us held any grand expectations whatsoever. To our absolute delight, we won the Margaret Duncan Memorial Trophy in front of a jam packed Corran Halls - a massive achievement for our first effort. I was so thrilled for Rachel Walker, our conductor, who trained me for my first ever performance at the National Mòd. Without Rachel, I would almost certainly not be singing in Gaelic today. It was with huge pride that we all lined up on stage to sing for our home area; and to bring the trophy back with us to Lochaber was immense. It has been reported that the Mòd brought 3 million pounds into the Oban economy. I would hazard a guess that the celebrations of the Lochaber Gaelic Choir on Friday night made a fair contribution to that! 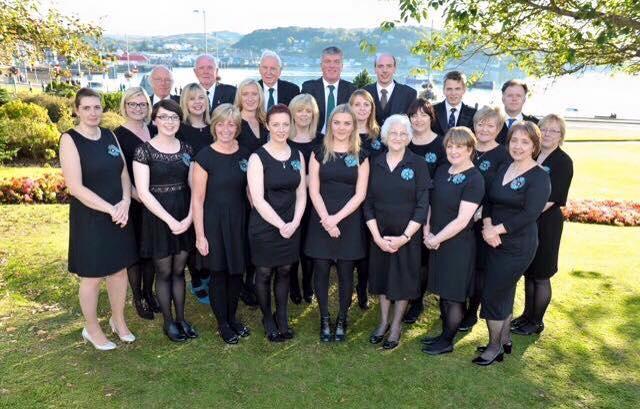 What happens outside competitions?

One must remember that competitions are by no means the be all and end all. Sometimes you win, and sometimes you lose, but the results must never change the enjoyment of giving songs and tunes with everyone and anyone in the hotels and bars afterwards. All the best bands in Gaeldom can usually be found at the Mòd. As you pop into the establishments of whatever town is hosting the Mòd, you will stumble upon Fergie MacDonald, Robert Nairn, Skerryvore, Trail West, Gunna Sound, and The Vatersay Boys to name but a few. The Mòd is the only week of the year that you could possibly get all those bands playing within yards of each other. This year, my band, Skipinnish, had the honour of playing the final dance. This reminded me of the last time the Mòd was in Oban - in 2009. I was a couple of years short of 18, so (having enjoyed the whole week immensely) was prohibited from attending the final dance at which the Vatersay Boys were playing. I can still recall the feeling of absolute despair I had at that age. I thought it was the end of the world! This year, I was standing up onstage singing at that same dance, in the very same building. If only, all those years ago, my 15 year old self had been able to see into the future, it might have cheered me up a wee bit!

So, for anyone considering coming to the Mòd for the first time, here is my advice. Get up early every day. Go to the morning competitions. Junior competitions are at the start of the week; seniors at the end. Have your lunch in a bar with live music. Go to the big events at night: the gold medal finals on Wednesday night; the Seann Nos finals (for traditional singing) on Thursday; the Lovat and Tullibardine (choral competition) on Friday. Then go out to the pubs and enjoy their late licenses and all night parties with the best that Highland music has to offer. Get to your bed at 5am, and then get up and do it all again the following day. Whatever you do, don't stop. Remember: it's Mòd week; and you've got the rest of the year to recover for the next one!

Robert Robertson is a song-writer and lead vocalist with six-piece Highland band, Skipinnish. In 2013, Robert was named Up and Coming Artist of the Year at the MG Alba Scots Trad Awards; and, the following year, Skipinnish were voted Scottish Live Act of the Year. Robert has competed at the Mòd from a young age; winning the coveted Gold Medal at the Royal National  Mòd in Paisley in 2013. To find out more about Robert and the band, go to www.skipinnish.com or visit Skipinnish on facebook at https://www.facebook.com/Skipinnish?fref=ts. 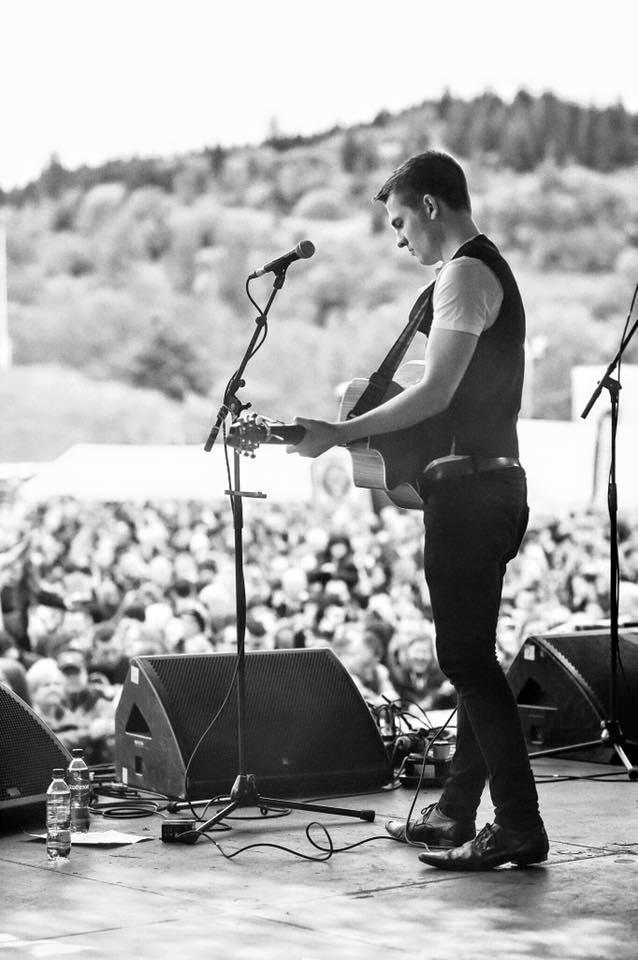