Discover the islands with our new RET fares! 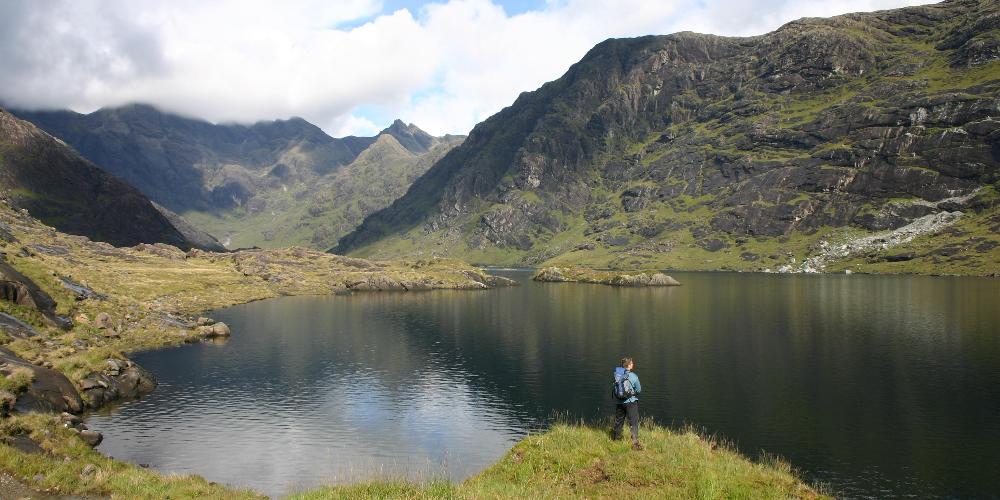 Robin McKelvie makes the most of our latest RET fares

Heard of About Road Equivalent Tariff (RET) fares? Well you will have soon and if you're smart you will also soon be using it to set off an adventure to the myriad Scottish islands and mainland routes served by CalMac. The introduction of RET means that ferry travel on the west coast of Scotland has never have been cheaper or easier. Read on and get booking!

RET translates into plain English as the Road Equivalent Tariff. Still confused? Don't be. It's quite simple. This October sees this Scottish Government sponsored initiative cross the Minch and move beyond the Outer Hebrides to all of the CalMac routes. Its aim is simply to encourage more people to use the ferry network by making it cheaper. The scheme has already been introduced to Arran and it has proved a huge success. Ferry fares for both passengers and their vehicles have been slashed and visitor numbers to the island have shot up.

Far from hibernating this winter if I was you I would be checking out some of the ace routes that RET is really going to open up. In the Firth of Clyde Arran already has had its ferry fares slashed. Expect them to come down in neighbouring Bute and Cumbrae too. All of these islands boast myriad charms with the short journey times a bonus in the sheltered waters of the Clyde.

Moving west of the Kintyre Peninsula we come into the Southern Hebrides. Here the impressively self-sufficient wee island of Gigha (they farm their own world class halibut and have their own wind farm) stars. Then there is the whisky isle of Islay with its eight distilleries, cute villages and beaches. A cosy dram at one of the Islay distilleries is a real treat at this time of year. If like me you love whisky this is the island for you! Colonsay is an underrated wee gem slightly to the north that for me is a sort of Inner Hebrides in miniature with its hills, white beaches and craggy coastline.

The Inner Hebrides are next up. These isles are easily accessible from the attractive Argyll resort town of Oban on the mainland. From here it's a quick hop across to mighty Mull, a sprawling island awash with the charms of its picturesque capital, Tobermory, through to its bountiful wildlife. On the land are red deer, in the air golden and sea eagles and in the sea otters and porpoises. Little Iona lies just offshore with its world famous abbey. Out across the whale and dolphin graced Gulf Stream warmed waters lie the twin islands of Coll and Tiree. Coll tempts with over 20 sandy beaches, while Tiree is a hub for windsurfers and surfers alike. Both are wild and wildly beautiful too.

Next up to the north lies Skye, the largest west coast island east of the Minch. Skye has it all, from whisky distilleries and castles, through to mighty Munro mountains and Michelin star restaurants. On its eastern fringes lies often forgotten Raasay, one of my favourite isles with its walking, quiet spaces and epic views.

South of Skye unfurl the Small Isles of Muck, Eigg, Rum and Canna, all easily accessible now thanks to RET and all with their own charms. Rum is my favourite with its huge mountains and the surreal historic attraction of Kinloch Castle. I love hiking to the top of An Sgurr on Eigg too, while more low-lying Canna and Muck are well worth exploring as well.

Most of the Outer Hebrides have already been benefiting from RET, but there are intra-island routes that are coming on stream too in October, for example Eriskay to Barra and Leverburgh to Berneray. You can rest assured that whichever isle or mainland CalMac destination you opt for getting there has never been better value. And getting there is half the fun too with a never-ending panorama of views, bountiful wildlife to watch out for from the deck and superb local produce to savour in the onboard cafes and bars. What are you waiting for?