Fine Food & Drink in the Firth of Clyde with Robin McKelvie 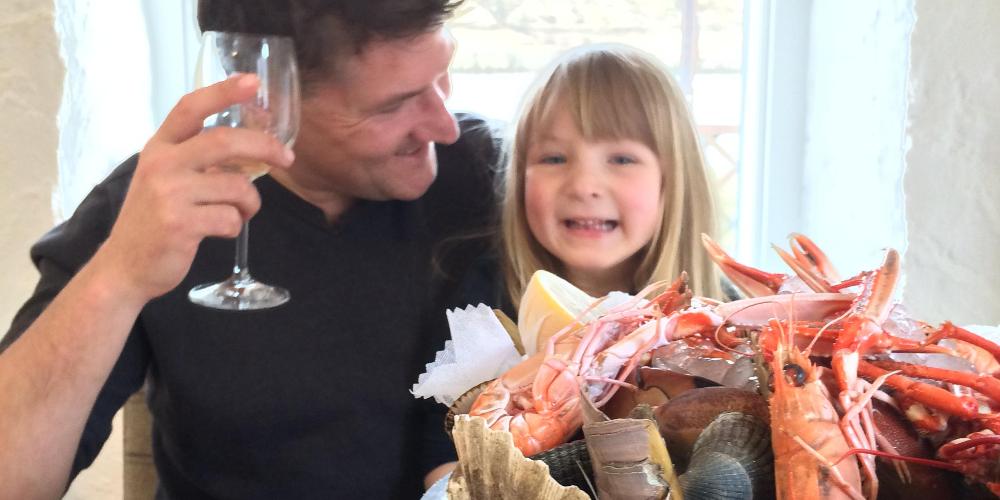 If the Firth of Clyde still stirs up sepia images of paddle steamers heading 'doon the watter' for you it's time to think again. These days the Firth of Clyde islands and the Cowal and Kintyre peninsulas are a hotbed of fine food and drink, so join me now as I take a ferry foodie tour around this deeply scenic corner of Scotland.

I head across to Arran and a family holiday home every summer and take every chance I can to get over to the other Clyde isles, plus the sinewy mainland fingers of Cowal & Dunoon and Kintyre. The Clydeside foodie fun starts on board the ferries these days with the likes of Arran tablet, ice cream, ales and whisky on sale in the shops and cafes. Swirl in Bute cakes and bakes, as well as preserves and chutneys, and it's already an irresistible mix.

First up is the Firth of Clyde isle that offers the greatest variety of food and drink. Arran is often eulogised as 'Scotland in Miniature' and it really is on the plate. The island is worth visiting for its cheese alone with three producers. The deliciously creamy Arran Dunlop hails from Torrylinn, my favourite Scottish blue cheese, Arran Blue, is conjured up by Bellevue Farm, alongside camembert and brie, while the Arran's Cheese Shop flavour and wax their distinctive round cheeses at their outlet near Brodick.

Elsewhere on Arran whisky devotees can head up to the Isle of Arran Distillery. Their tours work well as this is a relatively new distillery so everything is handily in one place. Their single malts are superb too and they've also a café too with local produce on the menu. If beer is your tipple the Arran Brewery are behind the multi-award winning Arran Blonde. 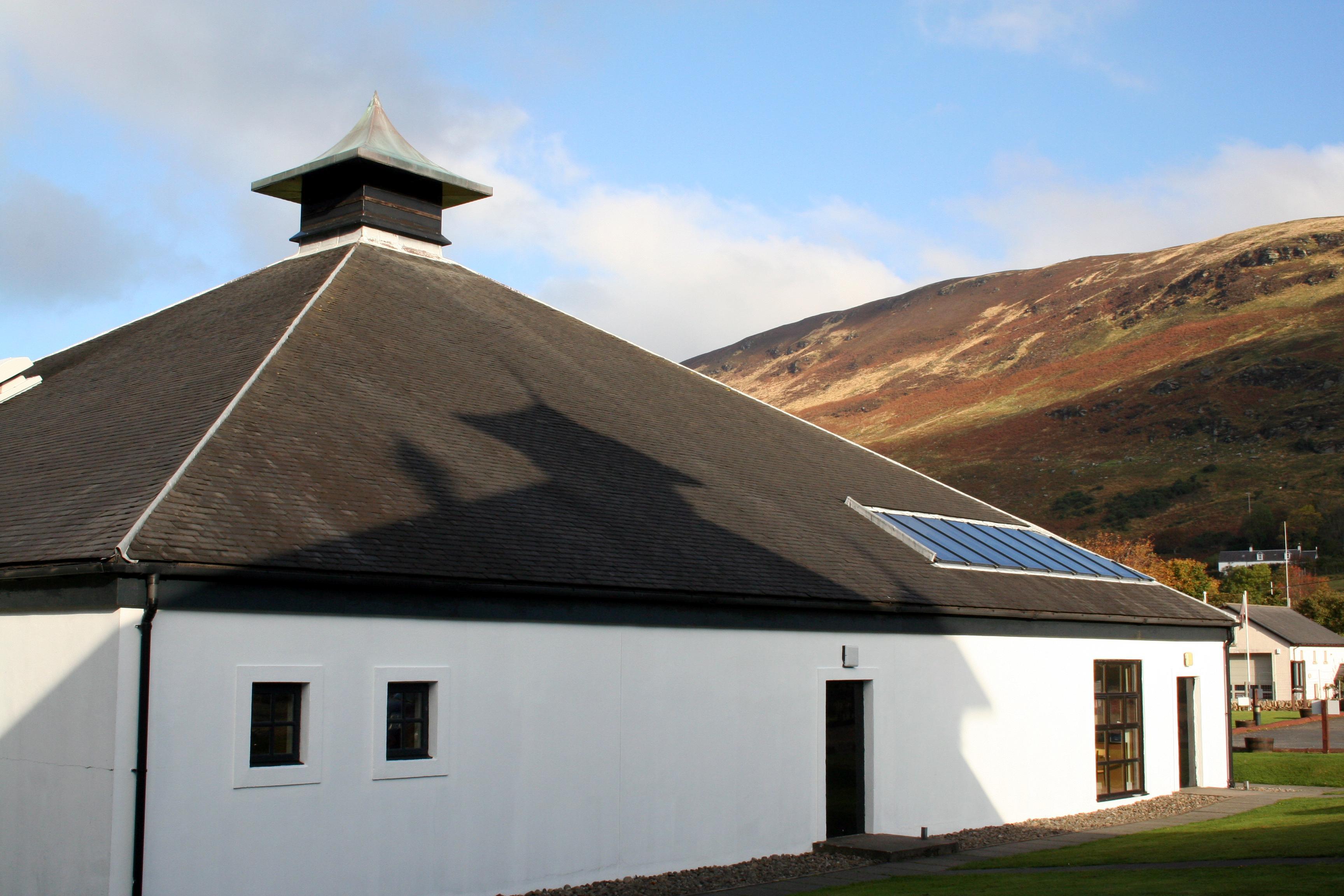 Elsewhere on Arran you can savour the fruits of the local ice cream makers, a chocolatier, the famous 'Arran oaties' oatcakes, Lamlash Bay lobster and Pirnmill lamb. The list goes on and on with myriad cafes and restaurants where you can settle down to enjoy the local produce too.

Moving across to Bute dairy is king. Sadly although you can still enjoy milk from the island the tasty Bute cheddar is no more. Bute's food and drink scene is alive and well, though, down in the grounds of landmark Mount Stuart. This grand stately home is one of the dramatic I've seen anywhere in the world and its modern visitor centre is home to a restaurant that serves up not only local produce, but food from the grounds!

The Mount Stuart Restaurant offers an 'eatBute' experience for visitors. Suppliers from the Isle of Bute and the wider regions of Argyll and Ayrshire include superb smoked fish from Ritchie's of Rothesay, McAlister's Milk, Argyll beef and Loch Fyne Oysters. The Mount Stuart Kitchen Garden offers up vegetables, salads, herbs and fruit, and there are eggs too from the estate's 150 free range chickens. Look out in summer for honey from their estate bees.

The island of Great Cumbrae is famous in foodie circles these days for the exceptional oysters that are culled from the waters of the Cumbrae Sound. I'm a big fan too of the island capital of Millport, a proper Firth of Clyde resort that really conjures up the romance of the Victorian resort days. There are a sprinkling of good value cafes where you can feast on freshly made sandwiches and delicious cakes. While I'm here I like to cycle around the island (it's fairly flat and easy) and stop off at the Fintry Bay Cafe halfway round, which boasts epic views across to Arran and Bute. 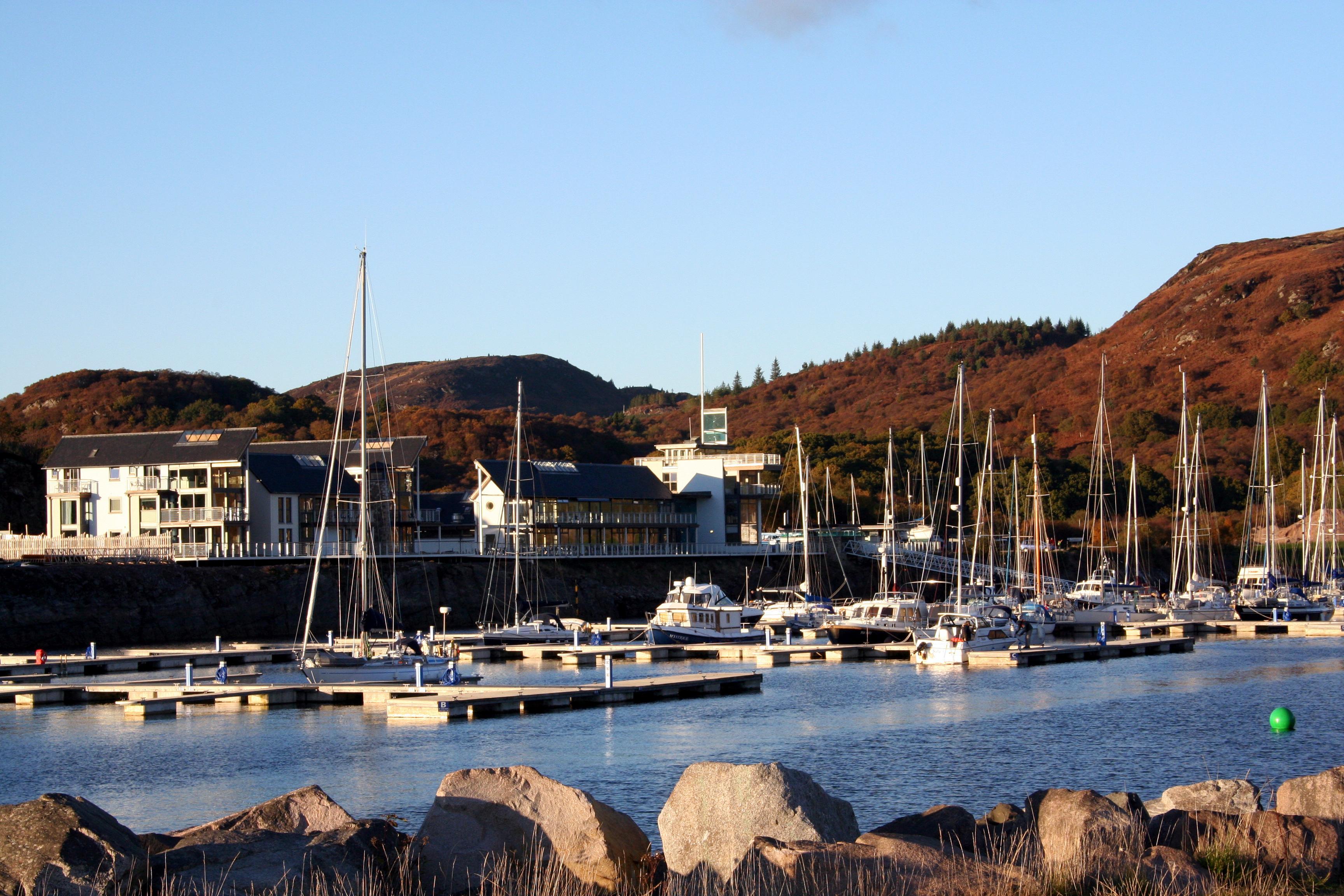 Moving on to the mainland the impressive modern Portavadie Marina in the south of the Cowal Peninsula handily has its own Cal Mac ferry service right next door. This state-of-the-art marina sits on the shores of Loch Fyne. As well as superb sailing it also offer superb dining. You can choose from The Marina Restaurant and Bar, with its great views of the marina and across to the Arran Hills, as well as boat fresh seafood and quality meat dishes, or the Lodge Kitchen and Bar, where local venison burgers are on the menu.

Further up the road where the Cowal Peninsula meets the head of Loch Fyne is the Loch Fyne Restaurant and Oyster Bar. You can find their famous oysters dotted all over the Firth of Clyde's restaurants, but the bonus here is that you can savour them overlooking the oyster beds! They cultivate mussels too as well as smoking their own fish. They revamped their restaurant a few years ago too and I'd recommend a meal there, as well as visiting their shop.

On the Kintyre Peninsula itself the Cal Mac Ferry destination of Tarbert is a major fishing port too. There are good eating options in Tarbert and you can also enjoy some of the port's rich bounty of seafood out of town at the Kilberry Inn, a relaxed wee restaurant with rooms that has been recognised by Michelin. They do top notch local lamb too.

I'm also a big fan of Skipness Seafood Cabin just down the road from Tarbert near where the CalMac ferry runs from Claonaig across to Arran. Run by the couple behind the Creelers seafood restaurant on Arran - Tim and Fran James - this wee gem offers world-class seafood in simple surrounds. Dining here as you feast on local mussels, langoustines and lobster overlooking the island studded estuary I think you'll be in the mood to join me in a toast to a foodie ferry trip around the Firth of Clyde! 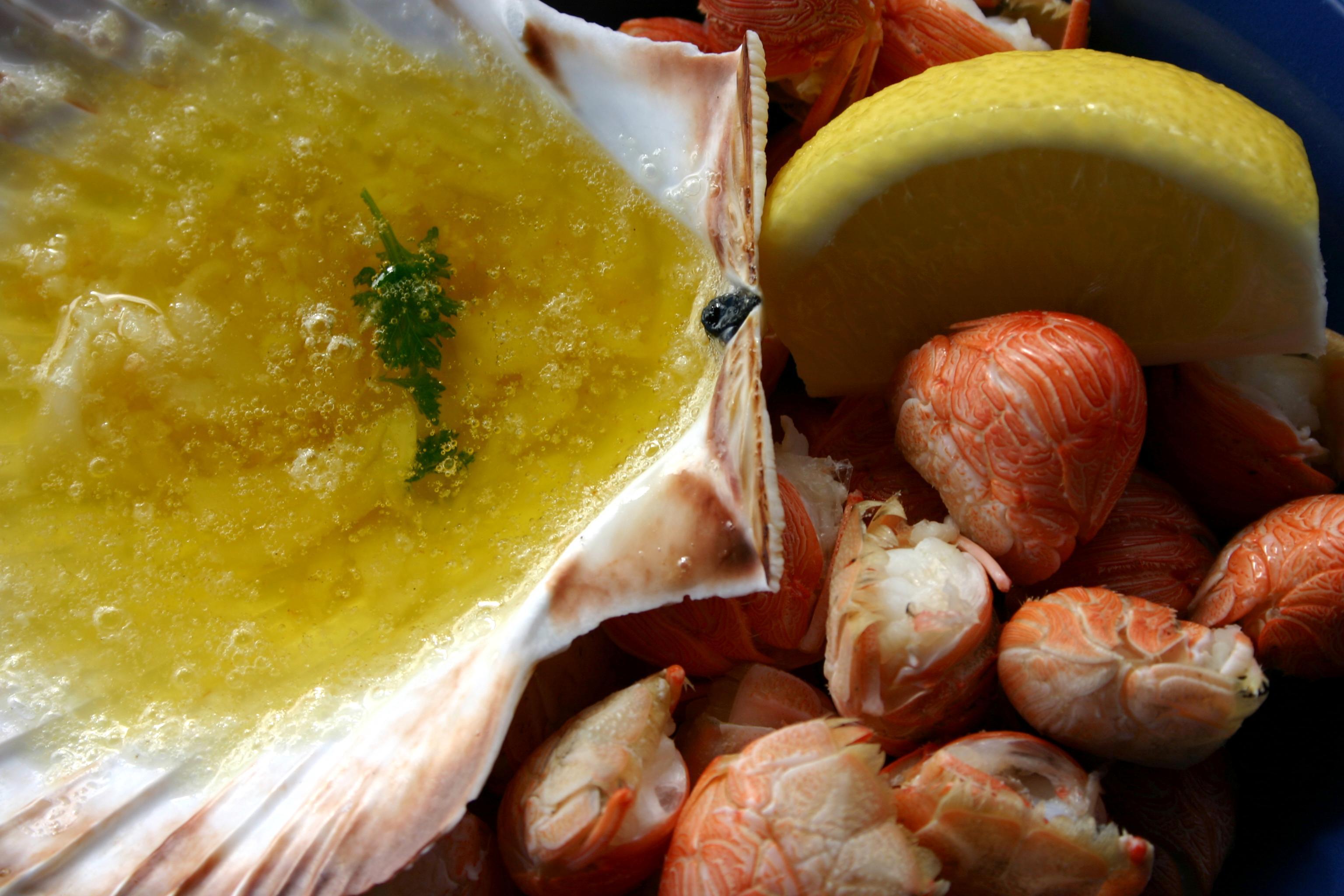