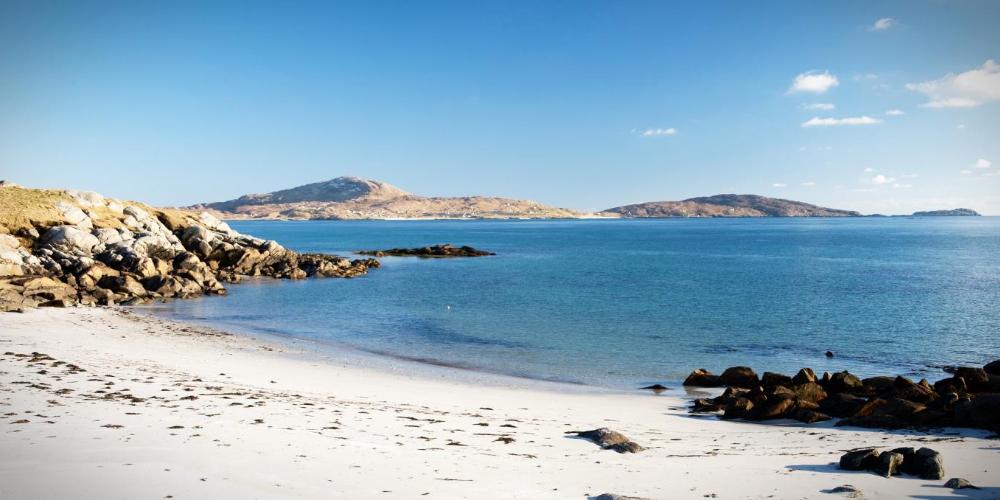 Cooking with wild edibles is all the rage but foraging also brings an opportunity to create memories, a gateway through which future generations may pass. As a child I gathered the scents and tastes of the countryside with my paternal grandmother; when I unzip a bag of frozen Rosa rugosa petals, a waterfall of memories mingles with the rose summer scent.

Rosa rugosa, native to Asia is displacing rose species in seashore habitats throughout northern Europe. However, bumble bees are attracted to it and the petals will colour syrups pink and add scented flavour to cooking. Look out for the candy-floss pink flowers with an intoxicating scent in: overgrown hedgerows, sand dunes, cliffs, roadsides and on waste ground. Forage the petals alone; don't pull the whole rose away, shaking it well to allow insects to relocate. The birds and bees also enjoy wild flowers' nectar so leave some blossom for wildlife and for autumn berries and hips too. In autumn you can return to pick the fat Rosa rugosa hips to use in syrups, chutneys, gin and syrup. As for the petals add them to baking, apricot jam, sorbet and fruit curds. Or simply steep them in water and then boil the strained scented water with sugar to make a hectic pink Rosa rugosa syrup. This syrup is delicious spooned over ice-cream.

The lacework of lochans and long white sandy beaches of the Western Isles are renowned as a haven for wild life. Little is however spoken of the magical space that reveals the ocean's flowers at low tide. Different species of seaweeds grow in each tidal zone and many of them are kitchen chameleons- they change colour when cooked. Do not cook with storm cast or floating seaweed. Pick seaweed which is still growing - attached by its holdfast. We have much to learn about the 650 species of seaweeds which grow around the British coast. Unlike fungi seaweeds are not toxic, although some taste nicer than others. I cook with about twelve species of seaweed on a regular basis.

Sea spaghetti or thongweed is well named and easily spied by children because it looks like floating pasta. It hangs from rocks at the low water mark and is attached to the rocks by a small button. This is its holdfast. It does exactly as the word suggests. Use scissors or a small knife to cut thongweed well above the button to ensure its future growth, and don't be greedy. Seaweed is free food but only pick enough for your own lunch or supper. When I forage seaweed I take a separate bag for each species. This makes life less chaotic when I am dealing with it back in the kitchen. Rinse the seaweed in rock pools before popping it in bag, allowing sea residents to rehouse locally. Some seaweeds, carrageen and pepper dulse in particular, harbour lots of tiny snails. On returning home wash the brown sea spaghetti in cold water and then cook it boiling water. It will turn an amazing bright green. Novice seaweed eaters might try serving sea spaghetti 50:50 with wheat pasta. Sea spaghetti will cook al dente in 8-10 minutes but cook it for longer for a softer bite. Interestingly it may turn olive green - brown after longer cooking. Washed, sea spaghetti cut into manageable sizes can be dried on a sunny windowsill or in a low oven. Store dried sea spaghetti in an airtight container. It can also be ground and used as a sprinkle in the same way that you would use herbs or spices. Sea spaghetti may also be frozen - for best results blanche it in boiling water before freezing.

Birds and deer graze on blaeberries so unsurprisingly these tiny blue fruits which grow on the hills, compliment game in the kitchen. The small berries are fiendishly difficult to pick, often there is only one berry on each plant. However, as my children know, once you get your foraging eye in you will see the wee berries everywhere. Children are particularly good at finding these Lilliputian blaeberries but watch out for rabbit holes hidden in the heather. On August 1st the Gaelic festival of Lughudasadh used the blaeberry harvest to gauge the potential of later crops. If you return from picking blaeberries with reddened hands, I'd say that you have done well. Gathering them is a labour of love but thoughtful foragers don't pick for the neighbourhood. Use blaeberries in any recipe that asks for blueberries.

In summer the hills and pathways of the Western isles are covered with the tiny, purple flowering herb, wild thyme. It is milder than the garden herb so add it generously to flavour: lamb, stuffings or savoury sauces. Hebridean ladies used it to scent their clothing in much the same way that people use lavender sachets. Cooking aside, I suggest kicking off your shoes and walking barefoot on mountain thyme - enjoy some free Hebridean foot aromatherapy.

Gut weed doesn't sound very appetising but this seaweed is also called Sea Grass or Mermaid's Hair. You could use a seaweed or fish template to make these buttery biscuits which have a hint of the sea.

Makes 15 depending on size

In a mixing bowl cream the butter and sugar together. Add the flour and sea grass and bind the mixture together with the egg yolk. Work the dough together and divide in half. Roll into 2 x 15cm x 3cm rolls and wrap each roll in cling film. Refrigerate for a minimum of 20 minutes (so that it is firm to slice).

Cut 1cm slices, mark each biscuit with a fork and lay on them a non stick-baking sheet. Bake in a pre-heated oven for about 12 minutes until the biscuits are golden. Keep a watchful eye because they colour quickly. Remove from the oven and leave to harden for 2-3 minutes before putting the biscuits on a cooling rack. Store in an airtight tin.

Dried seaweed is available from this online shop  Mara Seaweed 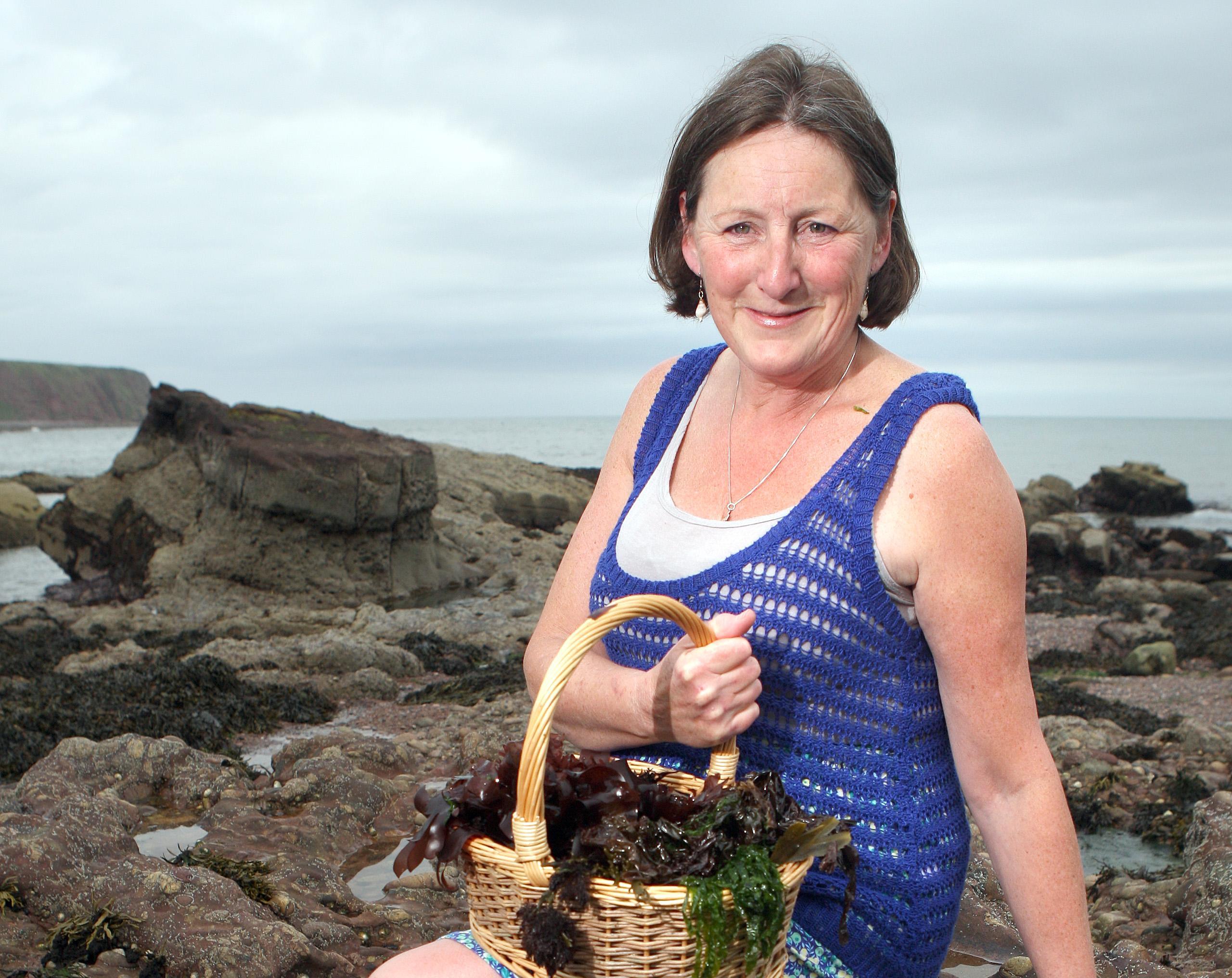 Fiona is a graduate of The University of St Andrews, mother of six and a former BBC Masterchef finalist. She divides her time between Angus and the Outer Hebridean Isle of South Uist, where her husband is the local doctor. Fiona is often seen on her bicycle with a basket full of seaweed or wild edibles and is usually late for church.