Two kind-hearted CalMac staff at Mallaig have raised £500 for the MS Society Scotland with a stall of delicious home-baking available for passengers at the port office. 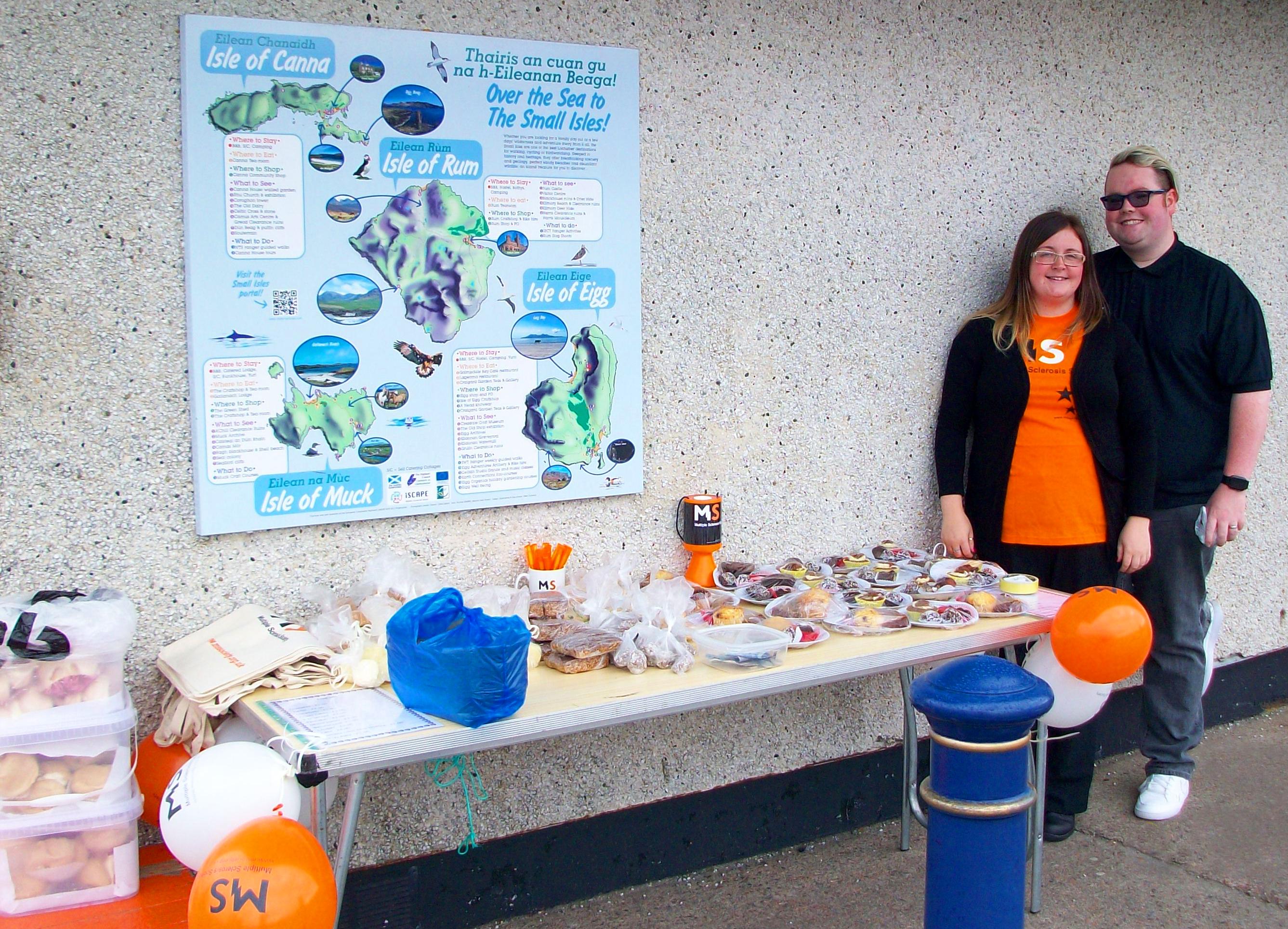 Senior port assistant Julie MacRae and port assistant Paul Moffat worked hard to bake loads of tasty cakes, tray bakes and other sweet treats, and persuaded many others at the port and in the wider community to do the same for the multiple sclerosis charity.

The homemade produce proved popular with travellers heading across the water to or from the Small Isles, Skye and South Uist and was a welcome addition to their journeys. Both Julie and Paul gave up their day off to run the stall at CalMac's port office, which is busy with excited visitors and locals going about their business.

Both Julie and Paul began raising money for MS Society Scotland last year, but this was their first major event and they were delighted with the response. So much so, that it is likely they'll do something similar in future.

"We couldn't believe how busy we were," said Julie. "People were really keen, not only to get their hands on a cake or two, but also to hear more about the important work of the MS Society, which is a key driver in research and support for this debilitating condition."

"Everyone was very kind with their feedback about the baking," continued Paul. "It was really popular and we are so grateful for all the support we received. We had so much baking to sell and were amazed that we absolutely sold out."

Thoroughly commending the efforts made by Julie and Paul, port manager Nancy McLean said: "They did a great job and the baking was absolutely delicious. It was a great success and hopefully they'll do it again at some stage."