Over the summer volunteers on CalMac ferries spotted more than 500 marine mammals across the west coast as part of the company's Marine Awareness Programme.

The Awareness Programme has involved a total of 14 conservation bodies who have partnered with CalMac to gather vital scientific data and to educate passengers more about the environment they are travelling in.

A team of more than 60 wildlife enthusiasts compiled the survey results that tracked different species on different routes as part of the programme. 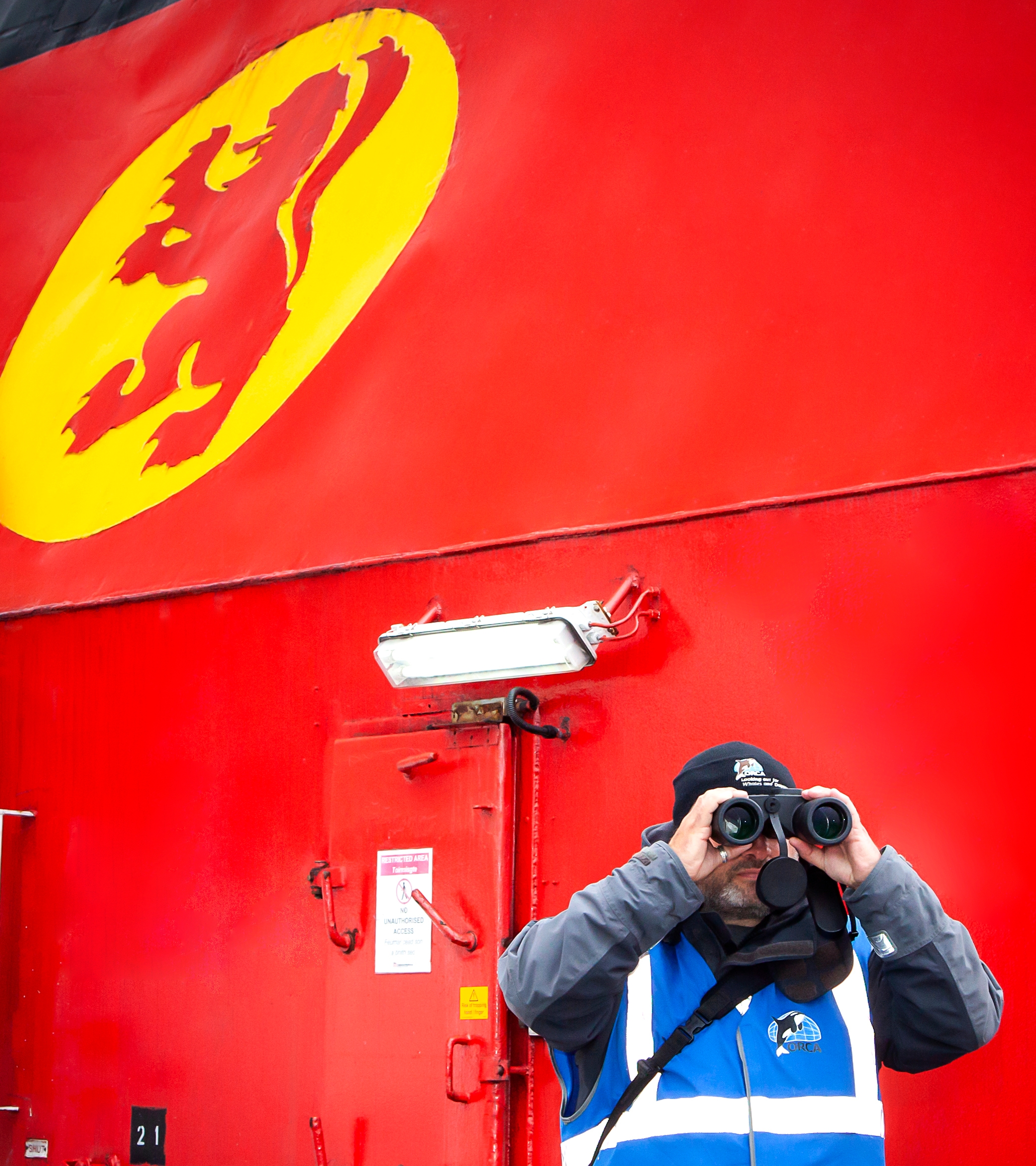 Andy on the lookout for wildlife in the Minch

They were supervised by resident ORCA Wildlife Officer Andy Gilbert, who, was taken on this year to increase understanding of the wealth of biodiversity that exists in CalMac's area of operations.

'Our Marine Awareness Programme focuses on increasing awareness of wildlife in our network by gathering scientific data, facilitating conservation and engaging with the public, Andy has been central to this over the past few months,' said CalMac's Environmental Manager, Klare Chamberlain.

As well as training survey volunteers, during his time with CalMac he has also engaged with more 2200 people on board during 45 trips, explaining about nature on the islands and demonstrating techniques to find wildlife.

'Wildlife tourism is growing on both a global and local scale and now accounts a significant amount of the total spend across the tourism sector in Scotland. Scottish Natural Heritage research suggests that we sail in one of the most attractive eco-tourism destinations in the world,' said Klare.

It is estimated that CalMac's area of operations contains as much as 6500 different species of plants an animals.

'As well as having a duty to help protect this environment by gathering as much data as we can, we can also play a role in promoting the wealth of wildlife we have in our area as a way of helping to sustain and grow island economies.'

CalMac is considering expanding the Wildlife Officer programme next summer and the Marine Awareness surveys will kick off again in April.

The survey information is compiled for ORCA, a UK whale and dolphin conservation charity dedicated to their long-term protection.  Marine bird surveys coordinated by Joint Nature Conservation Committee are due to start in early 2019.