The on-going restoration of the historic steamship TS Queen Mary has been buoyed by a donation from west coast ferry operator CalMac.

The money will go towards reinstating the vessel's main mast. The new mast will be machined from a single Douglas Fir tree and varnished before being installed on board with original refurbished rigging.

Launched in 1933, the vessel was known as Britain's finest pleasure steamer, and it her heyday carried around 13,000 passengers per week.

Since rescuing the vessel from being scrapped, in 2015, Friends of TS Queen Mary have raised and invested £2M, both in cash and in-kind, in the project to restore TS Queen Mary as a heritage destination and education centre, moored at Glasgow Science Centre on the River Clyde.

CalMac has a long association with the vessel. At the outbreak of World War Two, the steamer switched from a pleasure craft to become a lifeline for Scotland's island communities. After the war she was transferred to the flag of the Caledonian Steam Packet Company, who merged with MacBraynes in 1973 to become Caledonian MacBrayne Ltd. 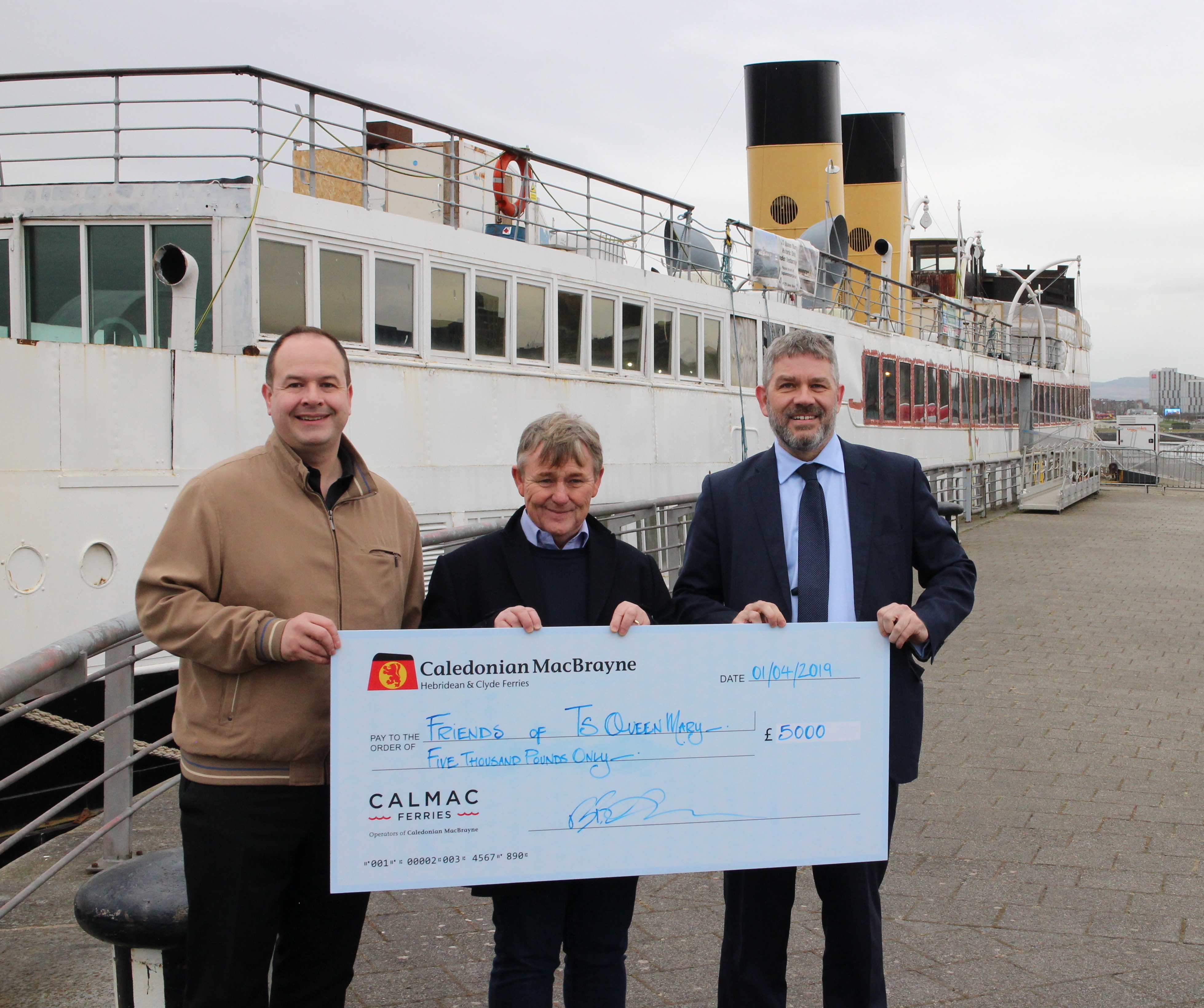 'The historic relationship the company has with this vessel runs deep and we are delighted to be able to play a part in restoring the Queen Mary to her former glory. On completion she will be a great educational resource to demonstrate the role CalMac has played over the years, and continues to play, in providing lifeline services to support remote communities and island economies.'

'We are delighted that CalMac continue their relationship with their famous former flagship. The donation represents an absolutely fantastic start to our campaign to reinstate a proper mast on TS Queen Mary'.

It is hoped an estimated 150,000 people will be welcomed aboard every year on completion of the restoration creating around 40 new jobs in the process.