A new addition to CalMac's fleet in 2011, MV Finlaggan carries more bulk malt whisky than any other ferry in the UK, and, indeed, very possibly the world, transporting the Isle of Islay's most famous export on the first leg of its global journey.

The safety and handling considerations given to this most precious and revered of cargoes were among many criteria explored in a submission by CalMac to the British Safety Council for its annual awards. 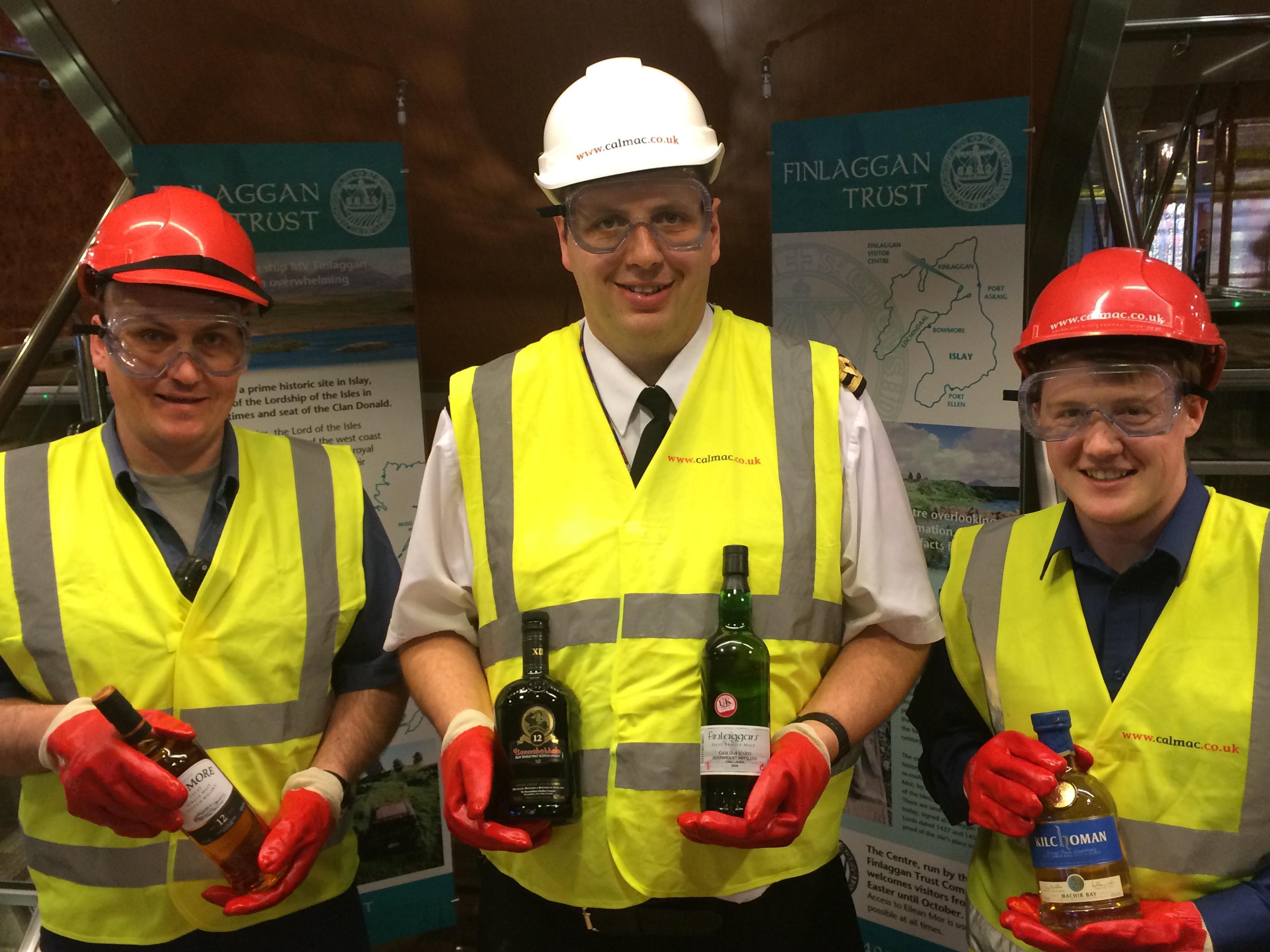 For the whisky connoisseur, the most likely hazard facing them is the potential for over-indulgence. However, for a ferry company transporting some 25 per cent of Scotland's annual malt whisky output from its island birthplace onwards to world markets, it is quite a different prospect. Islay has eight distilleries and neighbouring island Jura has one - all nine ship their cargo using CalMac ferries, most frequently MV Finlaggan.

Tasty as these whiskies may be, such cargoes are also hazardous and must be handled with care - whether it be the potential risk of fire or pollution hazard.

In 2014, Finlaggan - which also provides occasional cover on the Skye to North Uist and Harris routes - carried 114,000 passengers, 40,000 cars and 6,500 commercial vehicles, spending the equivalent of more than 130 days at sea.

The rigorous submissions procedure also investigated everything from details of crew welfare through to first aid procedures, how health and safety hazards are determined to testing of emergency systems, and much more besides.

"The safety of customers, crews and vessels across our fleet are of paramount importance at CalMac," said Louis de Wolff, Head of Safety, Environment and Security at Caledonian MacBrayne. "MV Finlaggan has worked hard to ensure that all systems are in place to deliver robust health, safety and welfare procedures, accurate and thorough reporting and compliance with an extensive set of maritime legislation, licensing and certification requirements.

"Congratulations to all members of Finlaggan's crew - it is a collaborative effort and testament to the way that the ship's team has prioritised and focused on the health, safety and welfare of passengers, crew and the ship."

"Everyone on board, has a safety role of some description," continued MV Finlaggan's Master, Guy Robertson. "All crew members feel fully involved and take great pride in their excellent record. They came together with headquarters' Safety, Environment and Security Department staff to put together this award entry and we are proud to have achieved this result." 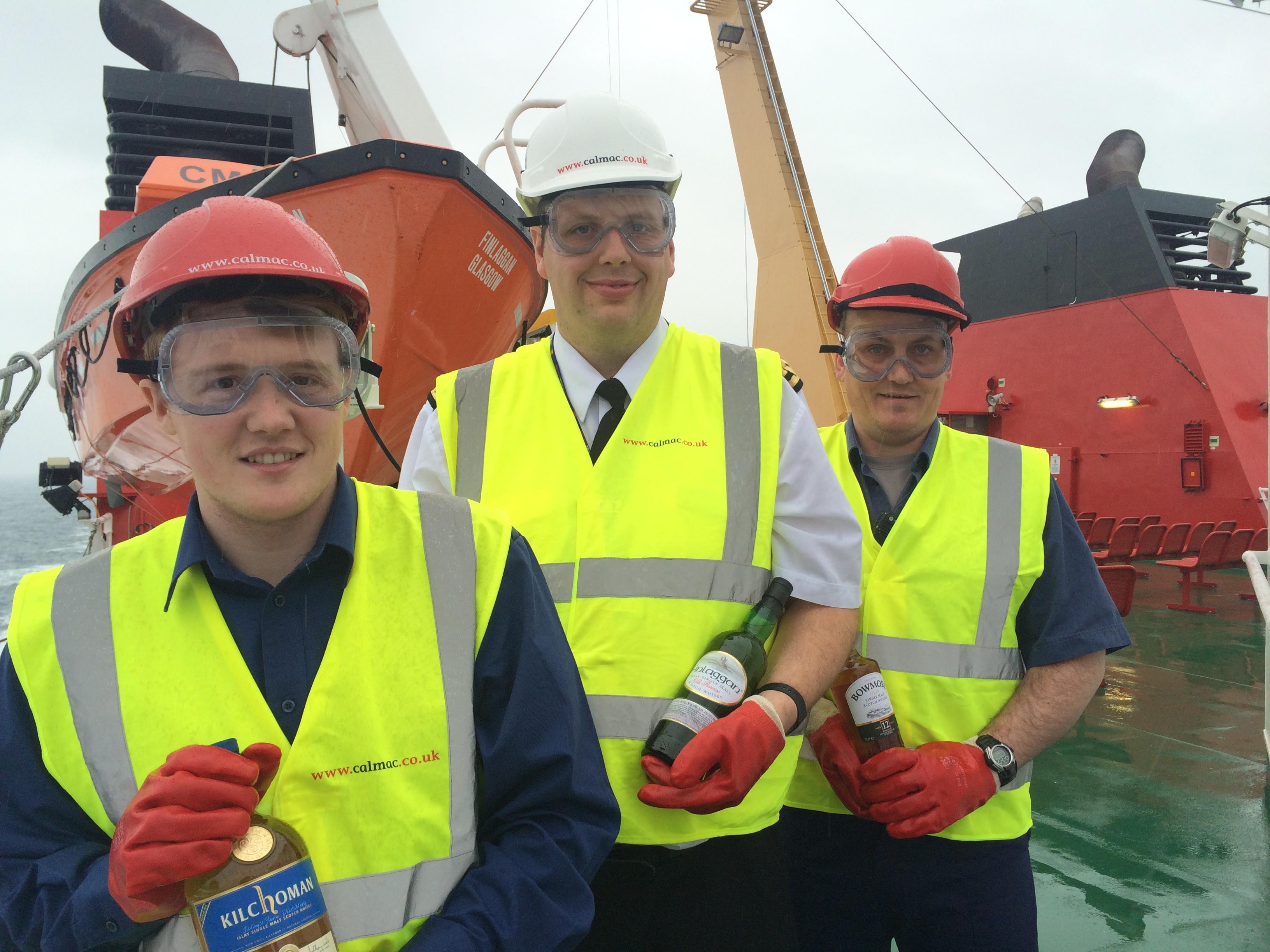 These awards are internationally renowned as a pinnacle of achievement in the field and attract entries from blue chip companies globally - others which achieved merit awards alongside CalMac were Babcock International, BAE, Boeing, Carillion, Diageo, GlaxoSmithKline and Unilever. Companies from as far afield as India, Nigeria, Jordan, Abu Dhabi, Dubai, Qatar and Kuwait were all rewarded.

Neal Stone, acting Chief Executive of the British Safety Council, said: "We warmly congratulate Caledonian MacBrayne's MV Finlaggan and her crew on gaining an International Safety Award with merit for 2015. All of those working on board have made this award possible.

"It was also apparent that Caledonian MacBrayne recognises the value that proportionate and sensible management of occupational health and safety risks brings to the organisation, its people and society.

"These awards reflect the importance of aiming for good standards of health and safety at work. Caledonian MacBrayne and MV Finlaggan should rightly be proud of this achievement."

Handling with care - crew members (left to right) deck trainee Jamie Knox, chief officer and safety officer Lee McDowell and quartermaster Malcolm Miller from MV Finlaggan with just a little of Islay's precious malt whisky cargo; just one of the reasons the ship has picked up an International Safety Award with merit

2) Caledonian MacBrayne and CalMac are trading names of CalMac Ferries Ltd (CFL). These names are used under licence from Caledonian Maritime Assets Limited (CMAL). The lion rampant device is used by CFL with the permission of CMAL.