What are beaked whales? 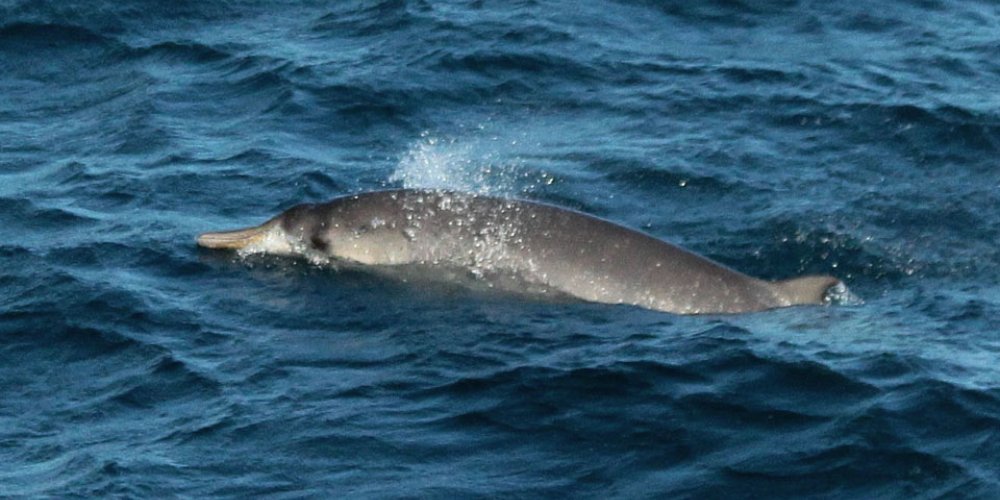 A whale with the beak of a bird? I hear you say, not quite! Beaked whales are one of the most elusive, least known group of cetaceans (whales, dolphins and porpoises) but they are all-round awe-inspiring. Beaked whales are toothed whales and found in waters deeper than 200 m and near continental shelf areas. Now, strap in and prepare yourself for a whistle stop tour of some of the beaked whales you can find in the North Atlantic Ocean, we'll be checking out the adaptations of these magnificent leviathans.

Blainville's beaked whale (scientific name: Mesoplodon densirostris) has the densest bone of any animal and a strongly arched lower jaw with teeth that protrude like a pair of horns, already quite strange wouldn't you agree! The possible reasons for the dense bone in its rostrum or beak are as follows. It may act as ballast, aiding them when they sink to the bottom, but surely this is an impediment when they have to swim to the surface? Possibly used in echolocation, this is how toothed whales communicate and navigate in their marine world. It may even be an adaptation to prevent damage to the skull during male-male combat, just goes to show how much more there is to find out about these animals.

Curvier's beaked whale (scientific name: Ziphius cavirostris) is the most frequently seen and widely spread beaked whale, holding the title of deepest diving marine mammal in the world. The original record-breaking dive was almost 3000 m and for 137.5 minutes (it must be stated that this was thought to be a response dive and not natural behaviour), which has now been outdone by the same species! An individual was recorded in the depths for ca. 3hours 45 minutes. How are they adapted to these extreme dives? First they have to overcome the extreme, crushing pressure. At 1000 m, a Cuvier's beaked whale experiences 100x the pressure that they do at the surface, enough to completely compress the air in their lungs. To avoid this, they have rib cages that can fold down, collapsing their lungs and reducing air pockets. Then, right before diving, these mammals exhale 90% of the air in their lungs. This reduces their buoyancy, making it easier to drift to the depths as they slowly sink. But what about oxygen to breathe you say? Don't worry, the Cuvier's got it sorted! They can stop their breathing and shunt blood flow from their extremities to the brain, heart, and muscles. They also shut down digestion, kidney and liver function. On top of that they have higher levels of myoglobin than we do, this is a chemical that has a higher affinity for oxygen meaning it wants to hold on to it for as long as possible. After all that they lower their heart rate from 25 bpm to 10.8 bpm, more than halved! 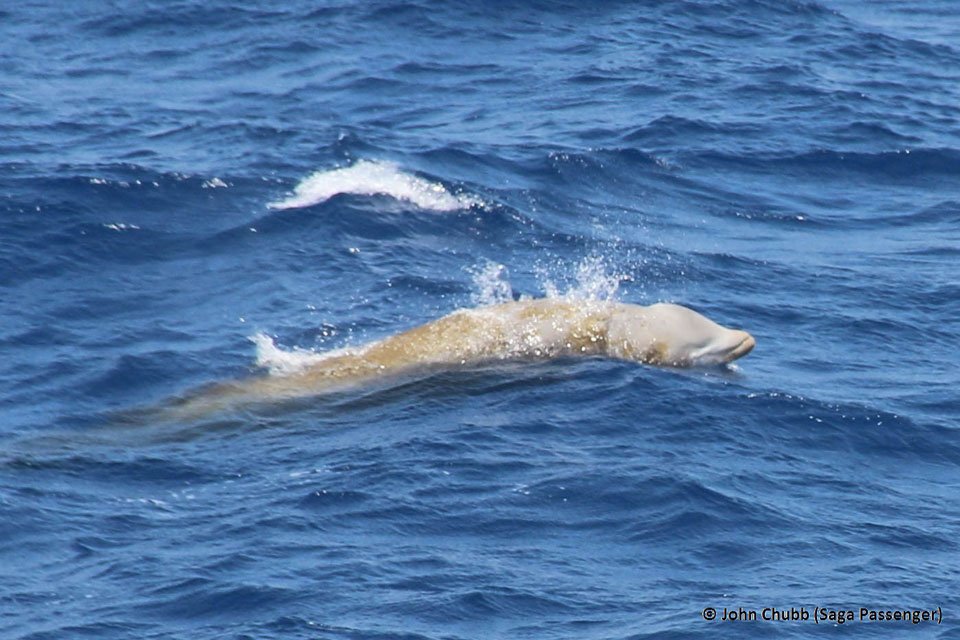 Sowerby's beaked whale (scientific name: Mesoplodon bidens) this was the first in its group to be described, in 1800 when a male stranded in the Moray Firth and the skull was preserved. Years later, James Sowerby a painter and naturalist drew an impression of what he thought the animal might've looked using the skull alone. Sowerby's beaked whales have the most northerly distribution of all beaked whales and are one of the species to commonly strand; however, we still know very little about their behaviour. With a lot of the species we only know what we do because of stranded individuals which is very bittersweet. The life of an individual is lost but it is important to learn what we can and determine the cause of death to best protect these species.

A very unusual stranding was that of a Gray's beaked whale (scientific name: Mesoplodon  grayi) in 1927 when a single animal that stranded on the North Sea coast of the Netherlands. This was the first and so far, only record of this animal in the northern hemisphere. Other beaked whales to find in the North Atlantic Ocean are: True's beaked whale, northern bottlenose whale and Gervias' beaked whale.

I hope you enjoyed this blog and if you have any questions or comments please get in touch at hebrides@orcaweb.org.uk or on Twitter via @CalMacFerries or @Orca_web.