Efforts by CalMac to build better environmental partnerships across the west coast have been recognised by the Scottish Council for Development and Industry.

The trade body awarded the Crown Estate Scotland Award for Excellence in a Marine Business to the ferry operator for its work in building up working relationships with wildlife groups.

'With set year round routes CalMac was ideally placed as a platform for the monitoring of the marine environment,' said the company's environmental manager, Klare Chamberlain.

'We offered our vessels to help with wildlife surveys and both organisations were keen to get involved.' 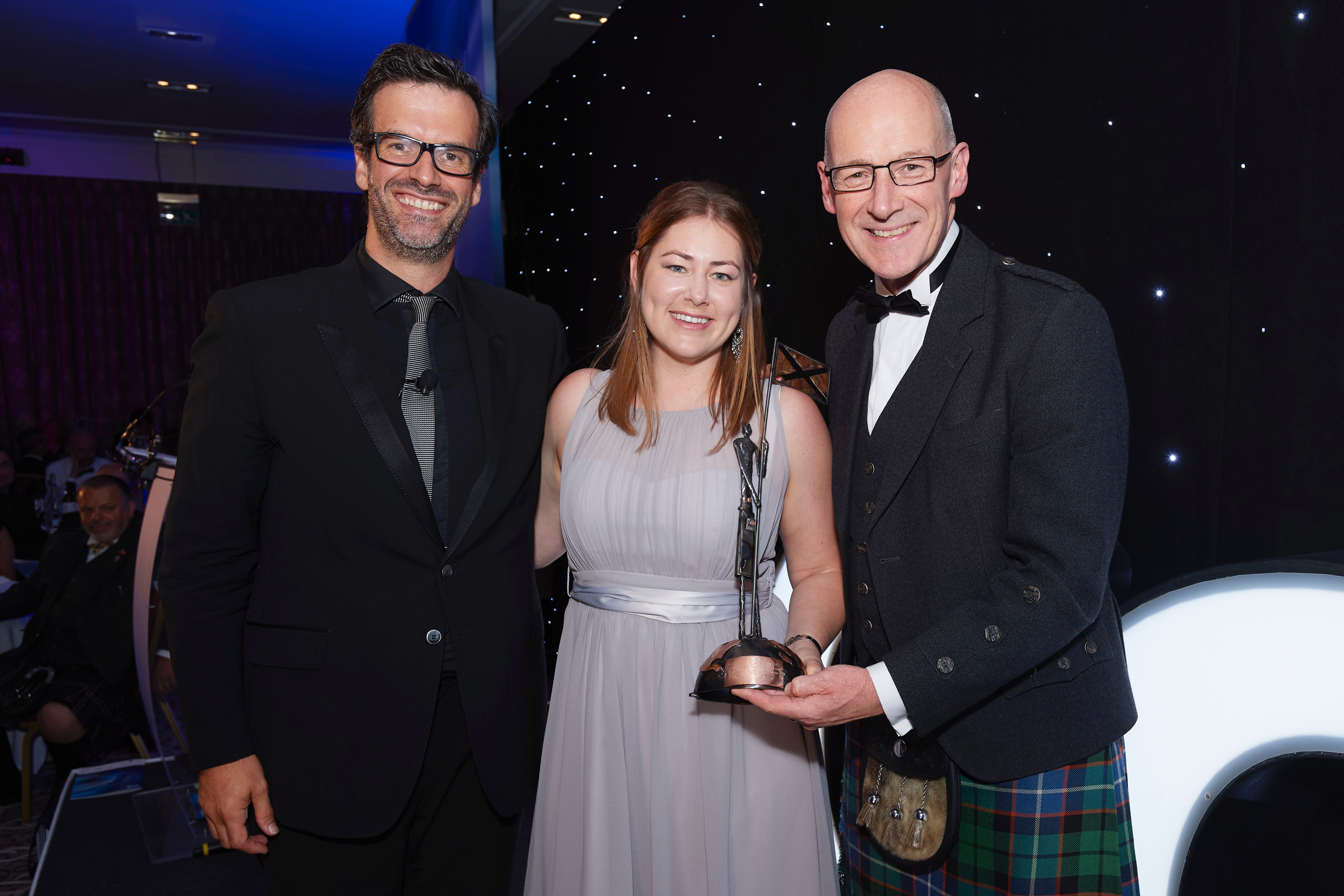 'Our pilot was very successful with over 390 animals observed by ORCA staff from the bridges of our vessels. We are planning a full survey next year and also a pilot Marine Bird Survey later this year. I'm delighted our initial success has been recognised by the SCDI,' said Klare.

The aim of the project is to help the Scottish Government further understand the status of marine wildlife in Scottish seas.