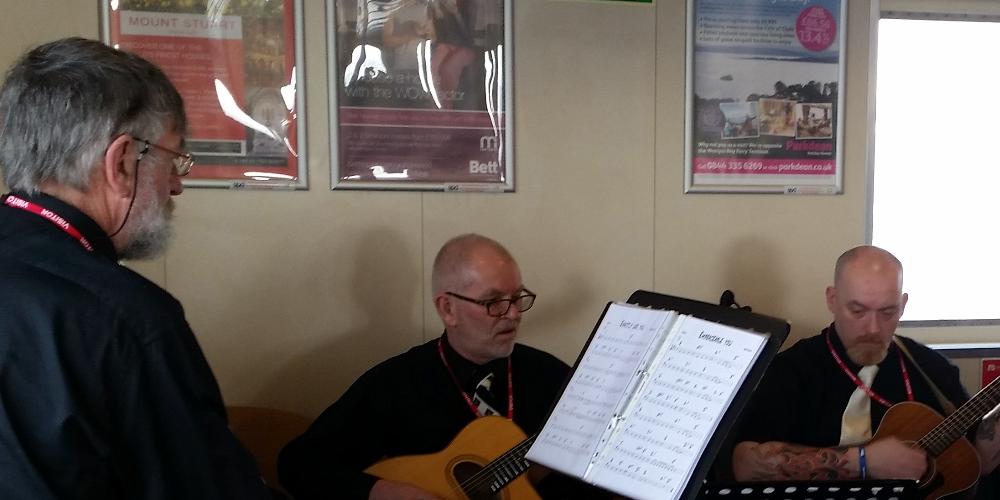 Passengers on Caledonian MacBrayne's Wemyss Bay to Rothesay ferries have been treated to a series of special musical performances.

On four recent crossings on board the MV Argyle, members of Bute jazz ensemble Les Gitanes, wowed the crowds during the 35 minute crossings

The four members of the group are Paul McKay, Tim Saul, Keith McIntyre and Alec Mack and Jazz on the Ferry has become an annual tradition, signposting the ever popular Isle of Bute Jazz Festival.

Now in its 28th year, the festival will take place over the weekend of May 1-4 and promises more of the great variety it has become justly renowned for. There will be a second chance to catch Jazz on the Ferry on April 19 - times to be confirmed.