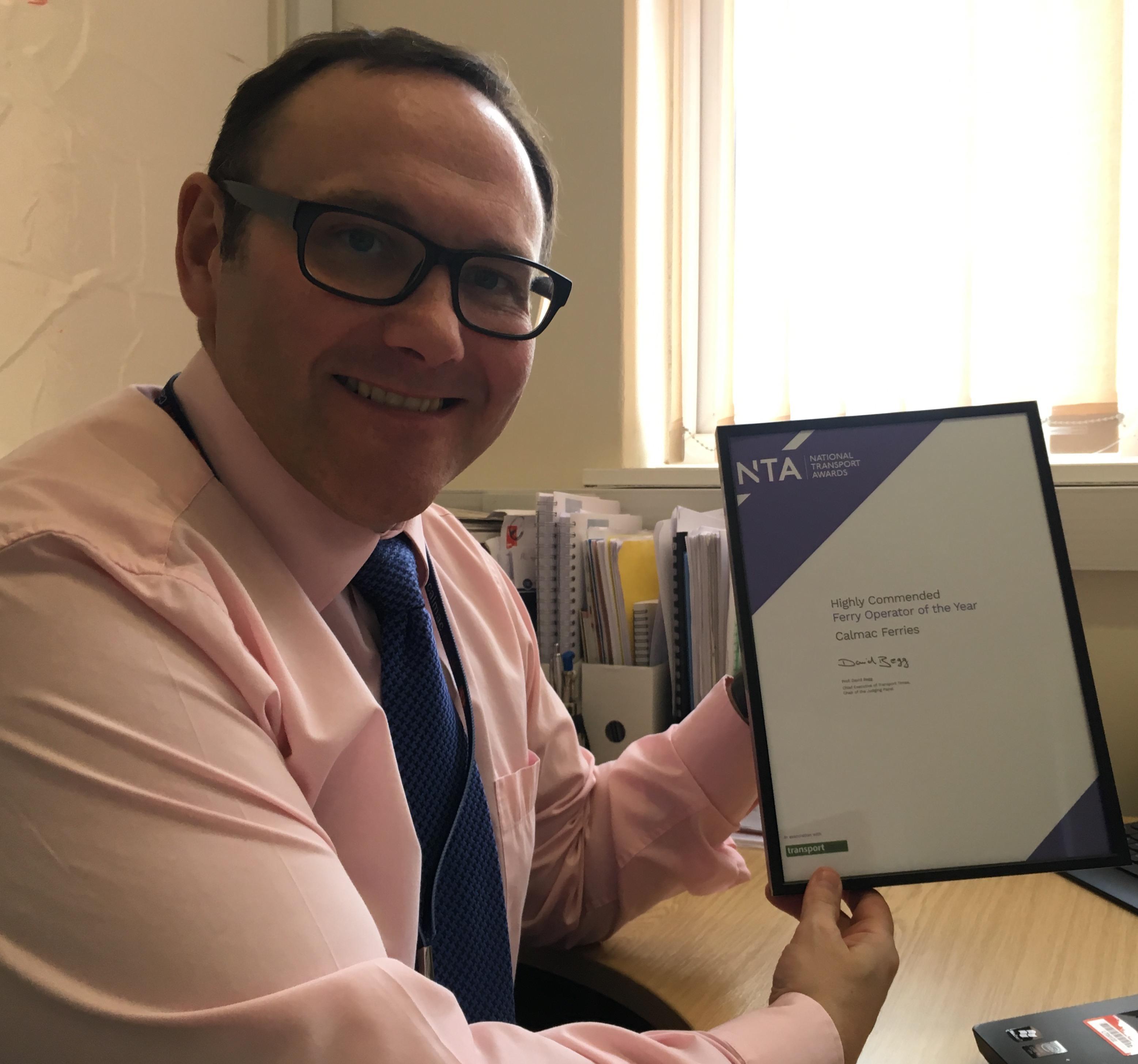 Held in London, the NTA awards are the Oscars of the UK transport industry recognising achievement and innovation across the all modes of transport.

Nominated in both the Frontline Employee of the Year and Ferry Operator of the Year, CalMac was delighted to be singled out for commendations in both categories.

She now works in future planning, but Demi Wylie was part of CalMac's customer services staff during a period of industrial relations unrest last year.

A strike threatened to derail seven weddings and the travel plans of hundreds of guests - but Demi was determined to keep everything on track for the very distressed couples. And she succeeded - making alternative arrangements for more than 600 people and ensuring the big days went ahead as planned.

The company as a whole was given special mention in the Ferry Operator of the Year category for developments across the network, as it worked towards submitting the bid to retain the Clyde and Hebrides Ferry Services contract - a contract which it has since won.

Amongst others, this included the customer services department - which dealt with more than 300,000 calls and replied to 20,000 emails in the 12 month period - gaining Contact Centre Association accreditation.

Also last year, CalMac became the first ferry company in the UK and first transport operator in Scotland to gain Living Wage Foundation's Accreditation (not to be confused with the government's national minimum wage), committing to dignified fair pay for its employees, and is also a signatory to the Scottish Government's Business Pledge.

It is also the first ferry operator in the UK to install environmentally friendly fuel monitoring systems across all its major vessels - the company's own target of a two per cent reduction in greenhouse gases adds up to a cut of 1,800; equivalent to annual greenhouse gas emissions of 4,285,714 miles driven by an average passenger car, or 645 tonnes of waste sent to landfill.

"We are proud to be singled out and highly commended in two categories at the National Transport Awards in the company of respect industry figures from across the UK," said Customer, Sales and Marketing Director Graeme MacFarlan, who made senior representation for the company at the ceremony. "It's fair to say that last year had its ups and downs at CalMac, but the staff continued to make a difference no matter how tough the situation - Demi's commendation is proof perfect of that

"Importantly, we introduced a number of tangible long-term commitments, including affording our staff and prime contractors the reassurance of Living Wage Foundation accreditation, as well as making steps to reduce our carbon footprint with the introduction of state-of-the-art fuel monitoring systems on each of our major vessels.

"In 2016, much hard work paid off when we won the contract to continue to operate the Clyde and Hebrides Ferry Services contract, which reflects, in part, many of the projects for which we have received this commendation."