An onboard services manager from Lewis, who has served with CalMac for almost half a century, has hung up his uniform for the last time. 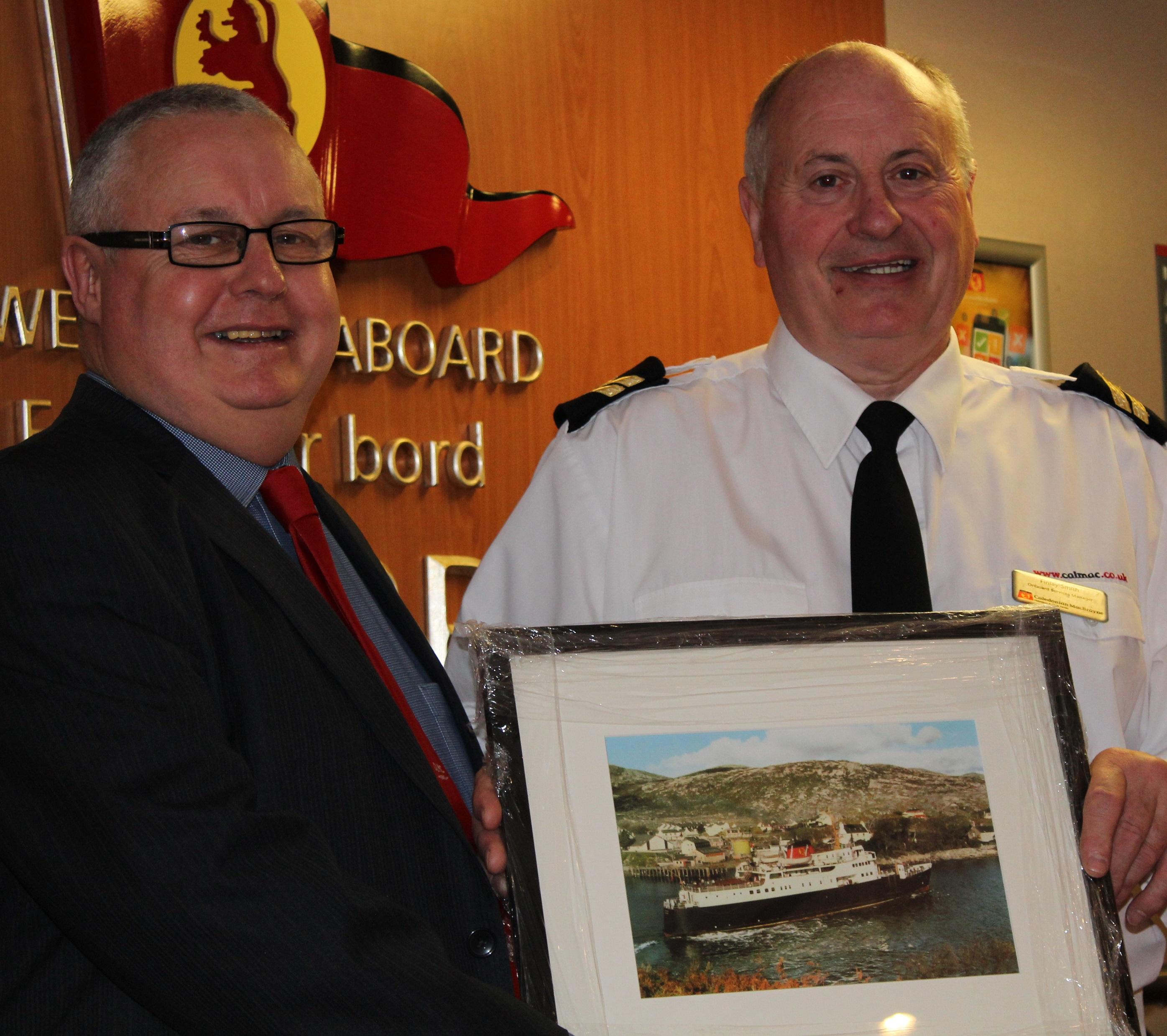 Starting work as a galley boy with David MacBrayne on board the original MV Loch Seaforth at the age of just 15 in 1967, Finlay Smith from Great Bernera has retired after 49 years.

With nearly 50 years' service under his belt, Finlay has seen plenty of changes during his long career - not least the company changing from David MacBrayne to Caledonian MacBrayne in 1973.

From galley boy, Finlay, who still lives on Bernera, progressed to assistant pantry boy, before spending a number of years as second cook, also covering for the chief cook when required.

In 1985, he became the first second steward to serve on the brand new MV Hebridean Isles when she joined the fleet. His last job with the company was as onboard service manager on MV Hebrides, as she plied her route on the Uig-Lochmaddy-Tarbert triangle, where he was a familiar and popular member of crew.

"My highlight in all those years has been the people I've met," said Finlay. "Both passengers and crew alike. I have seen so many changes in the near half century I've been part of David MacBrayne and then CalMac, but one thing that has always remained the same is the coming and going of staff and customers - either getting to know people or just passing time with them.

"The way we work has also changed enormously. The one and only interview I've ever had with the company was in 2005 when I applied for the onboard services manager position - that was quite strange after 38 years, but it's just the way things are."

One of Caledonian MacBrayne's longest serving staff members, 65-year-old Finlay is now looking forward to spending more time on his croft looking after his herd of sheep.

"Finlay will be greatly missed," said retail development manager Donald MacKillop. "He had seen so much during his time with the company and amassed so much invaluable knowledge, he'll be an impossible act to follow.

"He was an enormously popular member of our staff, both with his fellow crew members and the customers, and he always had some great tales to tell. I wish him all the very best for his retirement."

Donald MacKillop presents Finlay Smith with a picture of the old MV Hebrides - the second David MacBrayne ship to bear the name; the first was a ship built for McCallum shipping in 1898 and was later taken over by David MacBrayne.