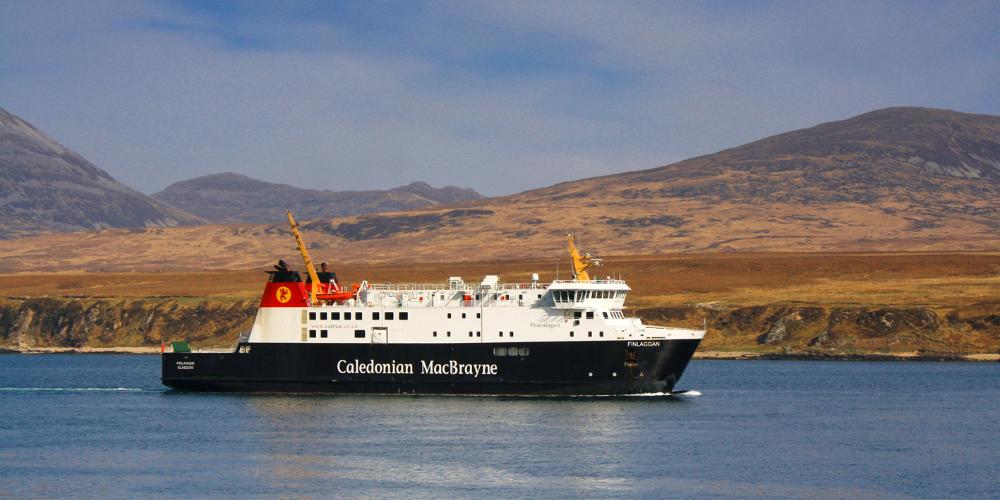 Relief efforts undertaken by the crew of MV Finlaggan on Harris this year have been honoured at the Scottish Transport Awards.

Nominated in the Frontline Employee of the Year category, the entire crew was highly commended at the awards ceremony in Glasgow for its community efforts.

The story takes us back to the early days of 2015 when Scotland was being blasted by hurricane force winds, freezing temperatures, torrential rain and snow.

There was significant weather disruption to transport services throughout the country, unavoidably interrupting delivery of services - with many of the islands worst affected. In addition, energy supplies began to fail through the sheer force of the elements.

Caledonian MacBrayne's ferries throughout the network battled day after day to keep moving in the severe weather, delivering usual lifeline services, as well as carrying electricity engineers to areas where power had failed. Eventually, though, the conditions became too severe and many were then forced to remain in port.

Battered by winds of up to 113mph, Harris was not alone in its suffering with essential supplies disrupted and power out. But, with the MV Finlaggan confined to the island's Tarbert Harbour due to the continuing storms and freezing temperatures, CalMac's staff realised that, even if they couldn't sail, they could still make a difference.

Although the ship's own supplies were running low, they decided to share what they had to make life a little more comfortable for local people, inviting them to come on board for showers, warm food and drinks, as well as providing electricity to recharge electronic devices. They also provided takeaway supplies for villagers to deliver to islanders who were unable to get to the ship.

Meanwhile, the ship's chief and second engineers left the boat to help the local hotel install a generator in sub-zero conditions, so that it, too, could join in with the community relief effort.

The crew was invited to join host and broadcaster Grant Stott on the stage at the glittering ceremony to receive a certificate and a bottle of fizz in recognition of their support to this remote community in its hour of need.

MV Finlaggan usually plies the route from Kennacraig to Islay, but does also cover the Skye, Harris, North Uist triangle on occasion.