An exhibition of Caledonian MacBrayne memorabilia and artefacts - some going back around 130 years - has proved popular in its first summer at Lochmaddy Port Office.

The collection belongs to port assistant John MacDonald and he has had special permission to put it on show at the North Uist office. 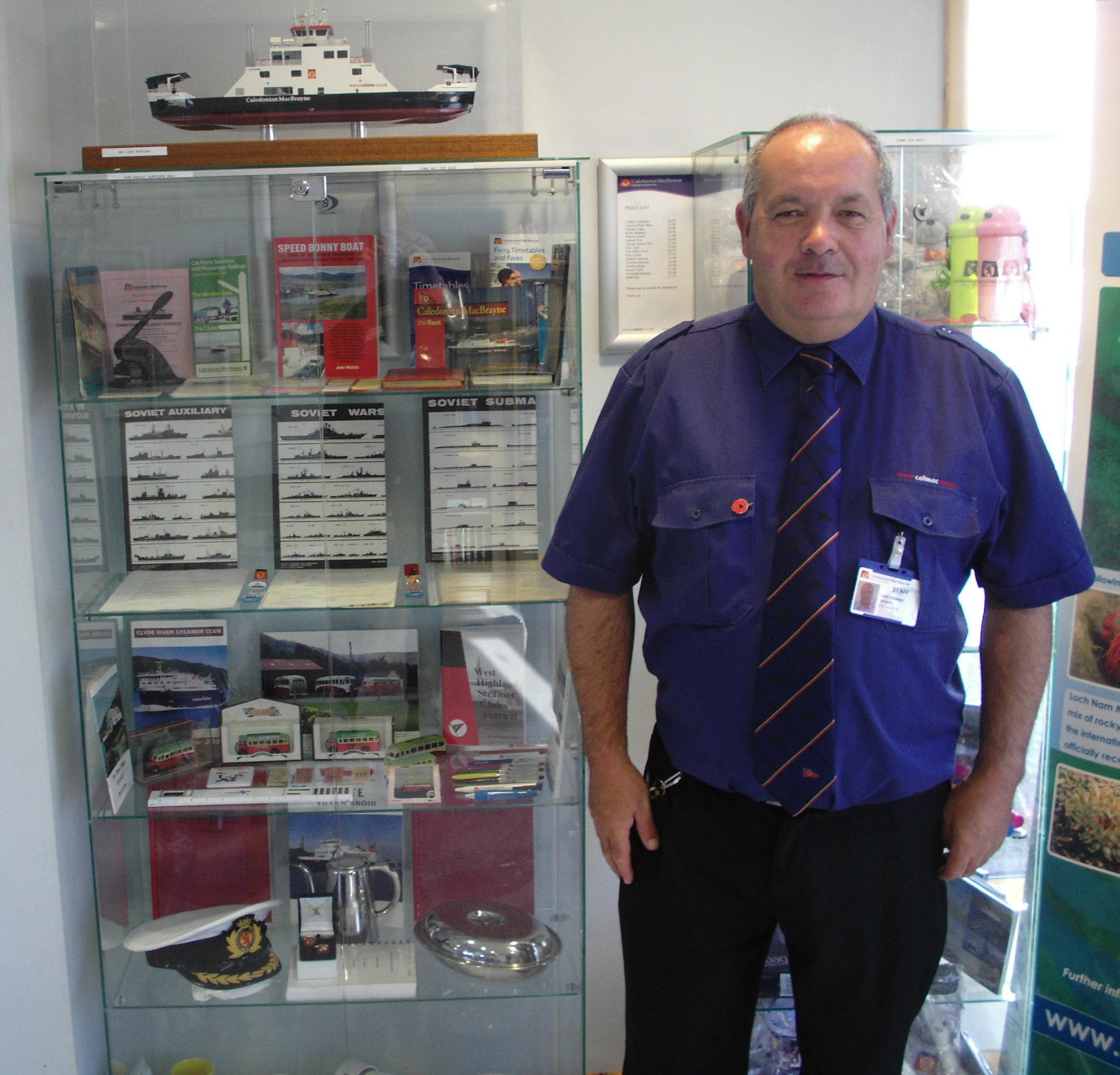 And what a popular attraction it has proved to be, fascinating locals and visitors alike.

As well as a glass cabinet containing all manner of Caledonian MacBrayne and David MacBrayne items, there is also a wall-hung selection of the historic pennants used by the ships of yesteryear.

John has worked for CalMac for 10 years, but his interest in the company began years before that and has seen him amassing this special collection over more than two decades. He gathers the items from far and wide, including junk shops and book shops, as well as the likes of eBay. But his collecting is also well-known on the islands and further afield and he is often offered pieces directly from an owner who would like to see them cared for.

The items on display represent just a small fraction of the objects he has brought together over the years and he hopes to change the display regularly to show more artefacts and to keep people coming back. John also showed some of his collection at Taigh Chearsabhagh, the museum and arts centre based in Lochmaddy, where it was well-received.

Objects in the display at the port include two fascinating books of MacBrayne tours from 1903 and 1910 - the equivalent of a combination of the company's modern-day Go Explore and Go Days Out brochures - various tickets for routes around the Hebridean network, and crockery and serving dishes with the CalMac crest, all the way through to different logoed pens, mouse mats and rulers.

The oldest item in John's collection is a tour book from 1886 which belonged to a Catherine Kinnear - it is not on show as it is too fragile, but is one of his most prized objects.

"I will collect anything and everything CalMac related," said John. "Items which many would throw away, like timetables or tickets, give us a real insight into even the recent past. It's interesting to see how things have changed.

"Pieces like the tour books really take us back to the steamer age and have great illustrations of many of the places we still serve - some have changed a lot, others remain very similar to the images of 100 years ago.

"I've been CalMac mad since childhood and I plan to carry on collecting. I also collect anything related to companies which CalMac bought over like MacCallum Orme Co Ltd and I hope that, one day, my collection will find a home in a museum."

John's collection covers the whole CalMac network and, arguably, one of the most fascinating treasures is a letter on David MacBrayne writing paper, complete with envelope, written by a father to his daughter at Yelverton in South Devon on August 22, 1914 - just days after Great Britain declared war with Germany on August 4. The postmark on the envelope shows it was franked on August 24 in Tighnabruaich. 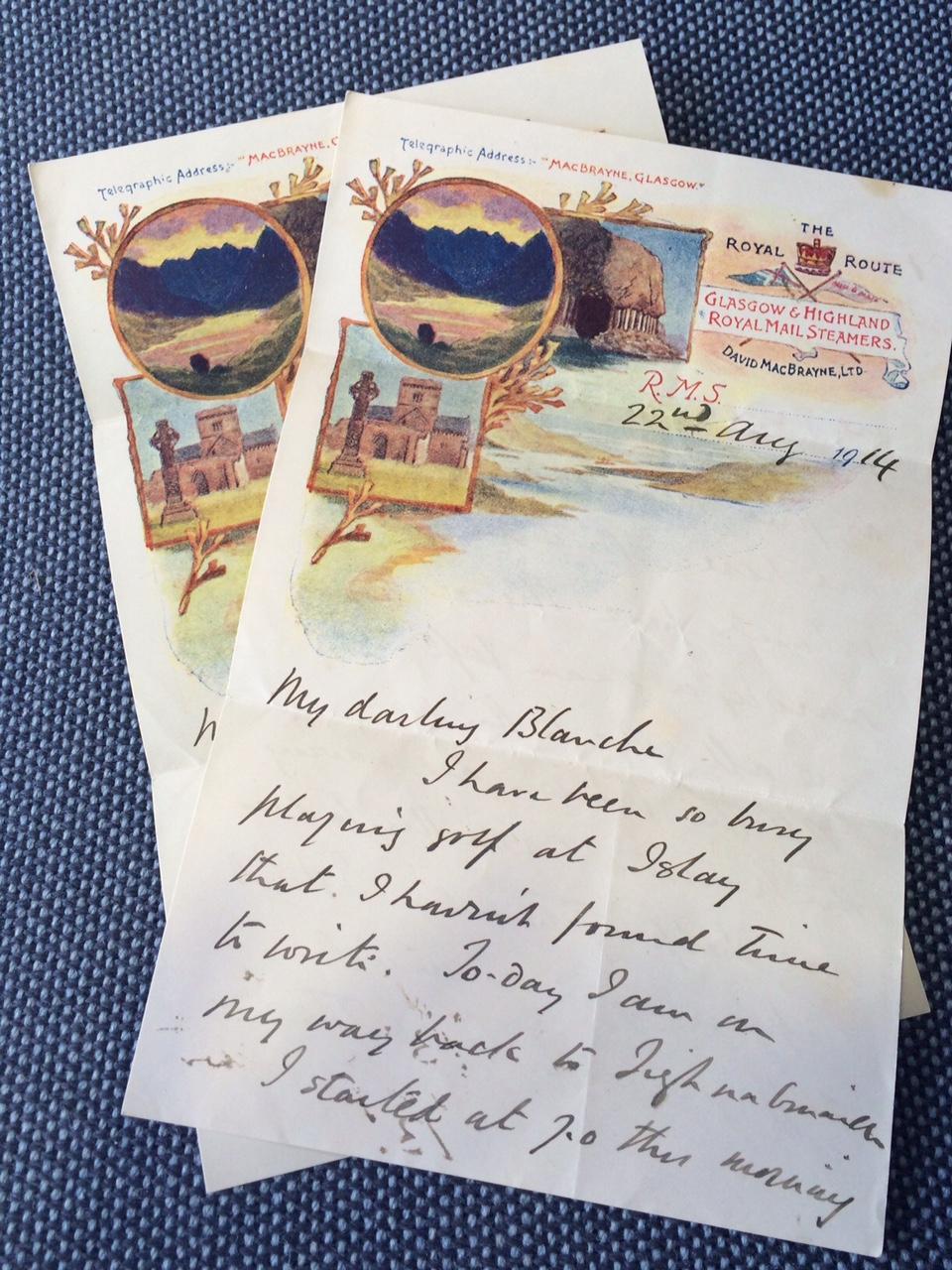 The letter writer - signed only as 'B' - tells his daughter, Miss Blanche Broad, he has had a busy time playing golf on Islay (presumably at the Machrie course), and describes his journey to Tignabruaich, passing Gigha on the way.

Poignantly he writes: "On some of the islands here there is hardly a man left, they are all gone to the war. All the women are saving the harvest, even the ladies are helping them - I don't suppose you see much difference."

He goes on to say that Gigha would be 'a fine place to spend a holiday' and concludes the letter saying 'The boat is shaking so I can hardly write'.

The delights of Google have revealed that Blanche's home at Alexandra Villas in Crapstone near Yelverton still exists.

There is also a fascinating section in the display about arrangements the Royal Navy had with Caledonian MacBrayne ferries for spotting and reporting enemy shipping during the Cold War in the 1970s.

Caledonian MacBrayne was requested by the Admiralty to note and report details of any enemy warships, submarines and navy auxiliaries. The company was provided with identification charts of dozens of vessels to compare to any unknown shipping encountered during its day-to-day business of delivering ferry services across the west of Scotland. 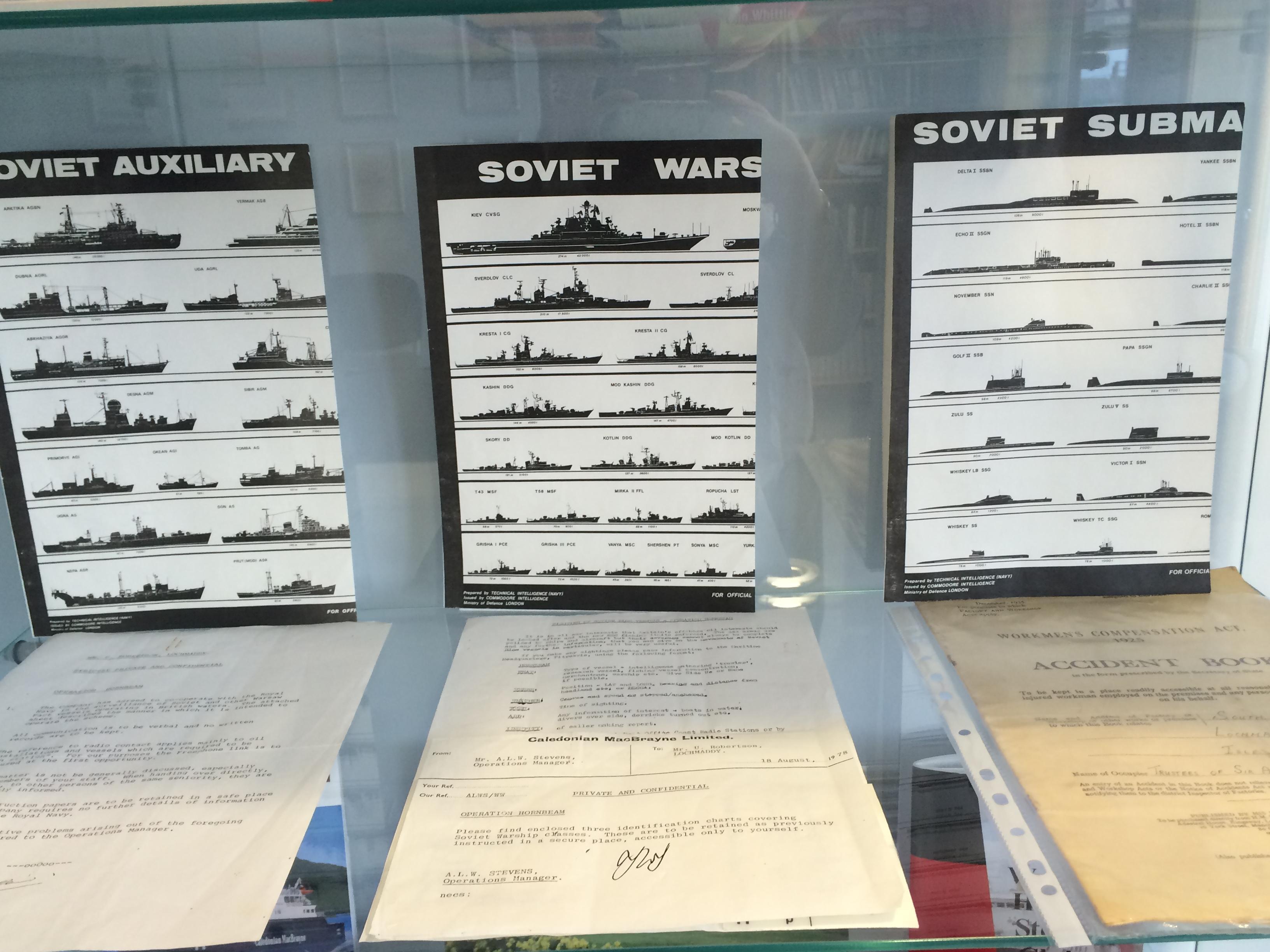 John beside the cabinet of treasures charting some of the history of CalMac, from its early days as David MacBrayne, through to modern times